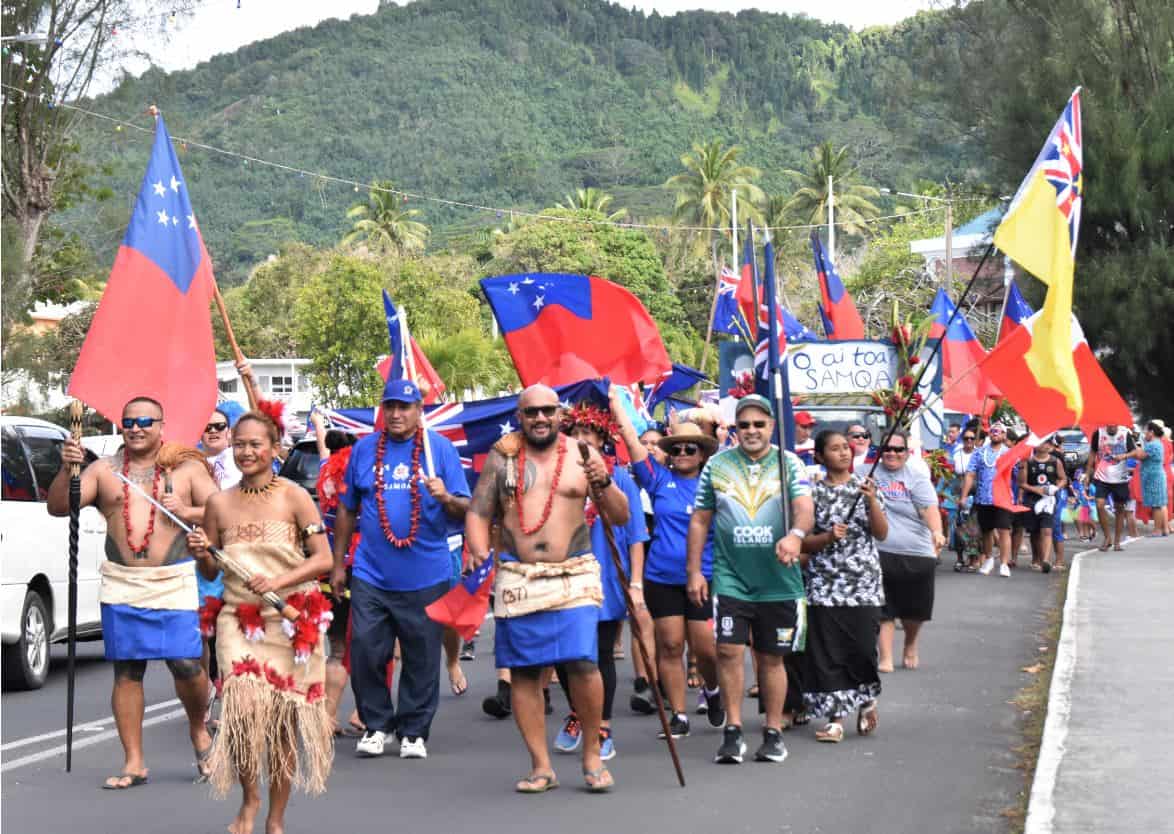 Samoan community and supporters parade through town in celebration of Toa Samoa making history as the first Pacific nation to make the final of the Rugby League World Cup. 22111829

In true Pacific style, flags of the Pacific islands including the Cook Islands, Niue, Fiji and Tonga billowed amongst the deep red of Samoa’s, united in their support for Toa Samoa, in yesterday’s parade.

The community of Samoa and supporters paraded through town with pride in celebration of their national team making history by becoming the first ever Pacific Island nation to feature in the Rugby League World Cup final. Toa Samoa battled Australia in the showdown this morning.

Moananu said: “We’ve seen the videos and coverages of the support Samoans all around the world have shown for Toa Samoa. We are very proud of what the team has done and we’re just showing our support from Rarotonga.”

In the women’s final which was held earlier this morning, Kiwi Ferns which featured Cook Islander Apii Nicholls played Jillaroos.

The finals were held at Old Trafford “The Theatre of Dreams” in Manchester.