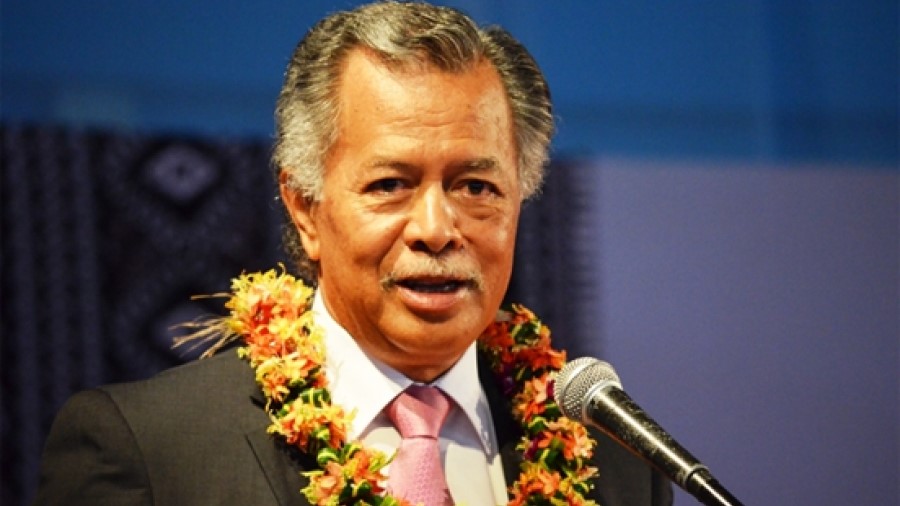 The Pacific Islands Forum Secretary General, Henry Puna, is set to leave the post after just 18 months to try and repair a rift in the organisation.

The five northern Pacific states, Palau, Nauru, Kiribati, the Marshall Islands and the Federated States of Micronesia, vowed early last year to pull out of the organisation.

They were angry their nominee for secretary general, Marshall Islands diplomat Gerald Zackios, had been overlooked in favour of Cook Islands Prime Minister Puna.

The Micronesian states have been given an undertaking by both New Zealand Prime Minister Jacinda Ardern and Australia's Foreign Affairs Minister Marise Payne that Mr Puna is to step down by June.

This is what has been conveyed to RNZ Pacific: "The spokesperson for the FSM Government said the Chair of the Micronesian Presidents Summit, President Lionel Aingimea of the Republic of Nauru, relayed to FSM President David W. Panuelo that he had conversations with New Zealand Prime Minister Jacinda Ardern and Australia's Foreign Minister Marise Payne, and that both requested Micronesia to please consider pausing their withdrawal from the Pacific Islands Forum, on the premise that Mr. Puna will be stepping down in June."

The Micronesian nations called a summit on Friday and decided, on the basis of this information, to put a pause on their plans to withdraw from the forum.

Once Mr Puna departs the Micronesian countries would be asked to nominate two candidates to contest for the role.

Typically a secretary general, who is appointed to a three-year term, serves six years.

It is understood Mr Puna may continue his work as Pacific Oceans ambassador, operating from an office in Auckland.

There has been no comment from the Forum while a spokesperson for New Zealand's Ministry of Foreign Affairs says - "New Zealand supports ongoing regional efforts to maintain the unity of the Pacific Islands Forum. We welcome the announcement by FSM to pause its plans to withdraw from the Forum while discussions continue."