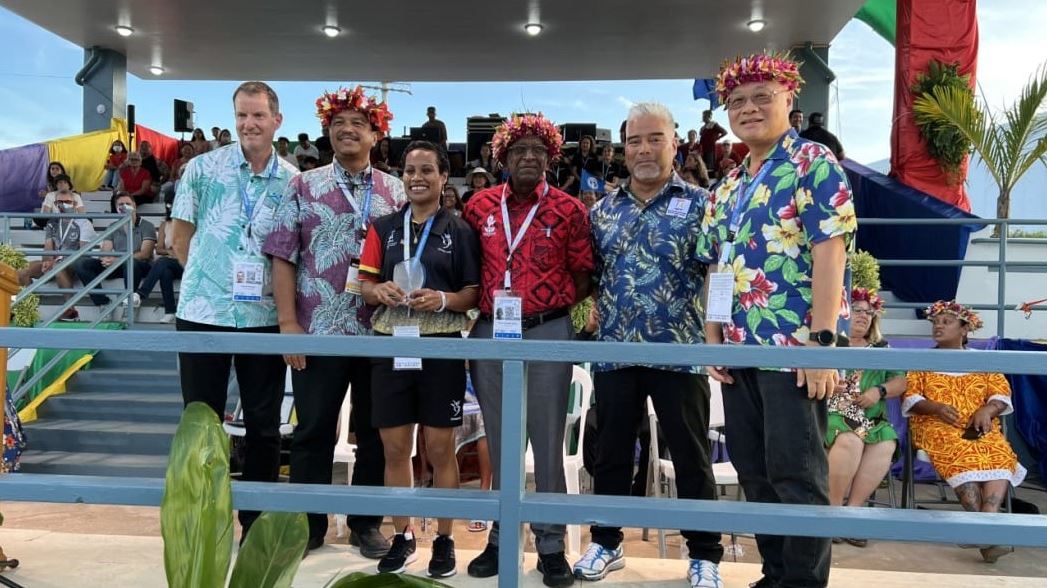 The majority of the country's medals came from the medal-rich sports of athletics and weightlifting.

Coming in second in the medal tally is Tahiti with 22 gold, 15 silver, and 21 bronze medals, while the host the Northern Marianas had its best-ever performance in the Games-Pacific Games or Mini Games-with 16 gold, 13 silver, and nine bronze medals, sitting third on the table.

"Our athletics team goes overseas, and they train overseas. They go to the U.S. and there are scholarship programs there for all of our athletics athletes and that's the reason why they're always on top of their performances."

Ditto for PNG's weightlifters, according to Dick.

"Our weightlifters go down to Australia for their training and that gives them the strength, the attitude, the commitment, and the dedication that they have to come to that level," he said.

To top it all off, PNG weightlifters Dika Toua and Morea Baru were judged the best athletes of the 11th staging of the quadrennial event.

"At the same time, it's a big achievement for Dika and Morea to win the best athlete honours. It means all the hard work and commitment they put into the sport paid off. It's a great honour for them to win those awards and I'm grateful and honoured to be part of their team," said Dick.

"I was surprised again. I keep getting surprised. It's been a blessing and I'm very grateful to everyone who contributed toward my achievements."

She thanked her coach Paul Coffa, his wife, Lilly, and the Coffa family for the time and tireless effort they always put into her training.

"I've been with them since 2022 and this means so much to me. The credit goes to him and to my family for the support they've always given me. When I was young and single and then I had my children they're still behind me and they've always supported me."

The 38-year-old Olympian and recent inductee of the International Weightlifting Association Hall of Fame has two children ages 16 and 12.

"It's a lot of sacrifices that I've put in by leaving my two kids behind, but I have my in-laws, my parents, and my siblings to take care of them while I do my training. It's a contribution like I said of a lot of people and that includes my government, my Olympic committee, and my federation-PNG Weightlifting Federation-my sponsors and all the other corporate sponsors and everybody in Papua New Guinea that contributed toward my success. And I'm grateful to the Lord above for everything he's done to my life because I believe without him, I wouldn't be this successful," she said.

Baru, for his part, got the nod for best male athlete of the 2022 Games after winning three gold medals and the Oceania Weightlifting Championships gold medal in the 61-kg class.

Like Toua, the 32-year-old Olympian was also caught by surprise by the win.

"Oh, I was really surprised because I thought they were going to announce another name. But when I heard my name, I was like what! I was really."

He's dedicating this achievement to all the PNG athletes and the officials who took part in these Games.

Baru also commended the CNMI for a well-hosted Games.

"We liked it and we enjoyed it. It's like a Mini Games on another level."