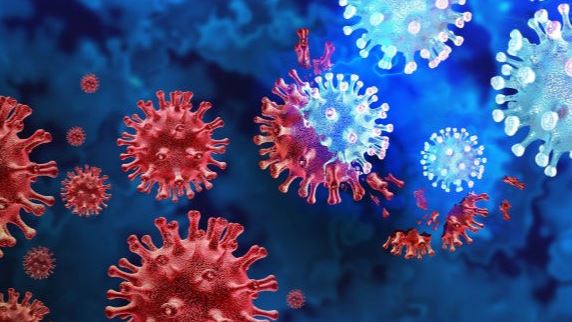 The number of Covid-19 cases in Nauru continues to rise.

There are now 2392 active cases in the community.

Eight people are in the Acute Care Unit in the hospital.

There are three moderate to severe cases in the hospital, two are adults with underlying illnesses, and one is a child with a high fever.

A prohibition order on mass gatherings has been issued prohibiting a long list of social activities in order to slow the spread of the virus.

Mr Aingimea said there are still reports of people that have tested positive leaving their homes and of others gathering in groups and socialising.

He wants to remind people that anyone who does not comply with the orders could face a fine of up to ten thousand dollars or go to jail for up to six months.

A lawyer who has represented the Fa'afafine community in Samoa is warning that the approach taken in other countries to decriminalise homosexuality may not work in the Pacific.

A former President of Ireland, Mary Robinson spoke recently on a panel in the Netherlands alongside an activist from the region and encouraged the Pacific queer community to continue fighting for their rights.

Lawyer Alex Su'a said rather than taking it to the streets or courts, the Pacific LGBTQI+ community has favoured consultation or a consultative approach.

A new U.S led alliance is promising to do better at listening to the needs of the Pacific.

New Zealand, Australia, Japan, and the United Kingdom have joined an American initiative called Partners in the Blue Pacific to improve ties and engagement with Pacific leaders and people.

US Embassy Country public affairs officer, Leslie Núñez Goodman said this was a chance to do a better job serving the Pacific region.

"They want us to listen a little bit more about what to direct our money in. Foremost what we have heard is climate change and that's why this announcement is so huge because we are answering that call."

The five nations are committing to improving relationships and acting on issues that Pacific leaders are calling for.

Lemanu Peleti Mauga said the move will have a negative impact on the territory's tuna industry.

He said the U.S "is losing influence in the international fisheries management organizations", such as the Western and Central Pacific Commission, due to weakened U.S. fisheries.

He said these impacts are exacerbated by the loss of U.S. fishing grounds as a result of monument designations.

Save the Children has joined together with the Vanuatu Christian Council of Churches to launch a project focusing on helping children in their first one hundred days.

The country director for Save The Children Luke Eldos said the project known as Building Bren Blong Pikinini or Building the Brain of the child will stretch over 4 years throughout the country.

Save The Children Luke Eldos (L) and the Secretary-General of the local Christian Council of Churches, Pastor Shem Temar Photo: RNZ Pacific/Hilaire Bule

He said the aim was to give Vanuatu's children a strong foundation to grow from.

The Secretary-General of the local Christian Council of Churches, Pastor Shem Temar said the development of Vanuatu relied on helping children get a good start in life.

Four passengers on board a Hawaiian Airlines flight from Honolulu tested positive upon arrival in American Samoa.

The group is in isolation in accordance with local protocol.

Meanwhile, the government's latest update on the community spread of Covid-19 shows that the number of Covid-19-related deaths remains at 31.

And as of June 21st, the total cumulative count of Covid positive cases stands at 6,353 positives since the community outbreak was first reported on February 27.