Moana Pasifika expect members to come out of isolation to train 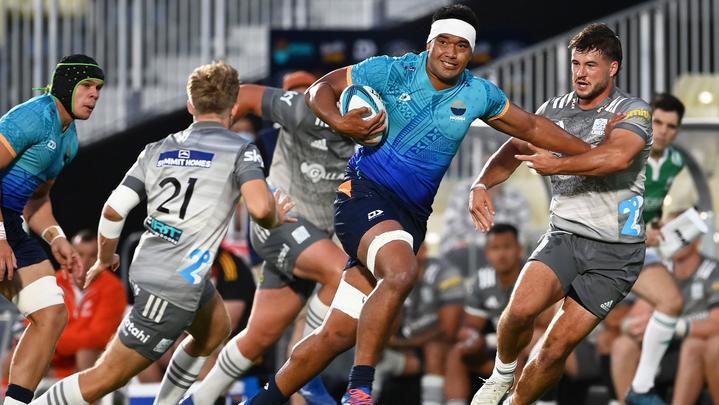 Moana Pasifika team expect to come out of self-isolation and resume training in the next 72 hours.

In a statement, Moana Pasifika said the players are obviously disappointed about having Covid-19 in the camp.

"As a group of course we were disappointed but it is just another challenge that we have had to take on to get on the field," it said.

"Head Coach Aaron Mauger and the training group have been making good use of the time with training in the rooms and keeping the players occupied.

"Everyone is in very good spirits and the team environment has played a large part in that." the statement said.

The players are recovering well after suffering mild symptoms as a result of their infections.

"It is looking likely that a group will come out of self-isolation in the next 72 hours and we are excited to be able to get back to training," the statement said.

Their match against the Blues slated for this weekend has to be postponed.

"As confirmed by Super Rugby Pacific Competitions Committee the match against the Blues has been postponed," the statement said.

"Further work is being done between New Zealand Rugby (NZR) alongside joint venture partner Rugby Australia, SANZAAR and broadcast partners Sky to explore options to play the postponed match, and an update to teams, fans and media will be made in due course by NZ Rugby."