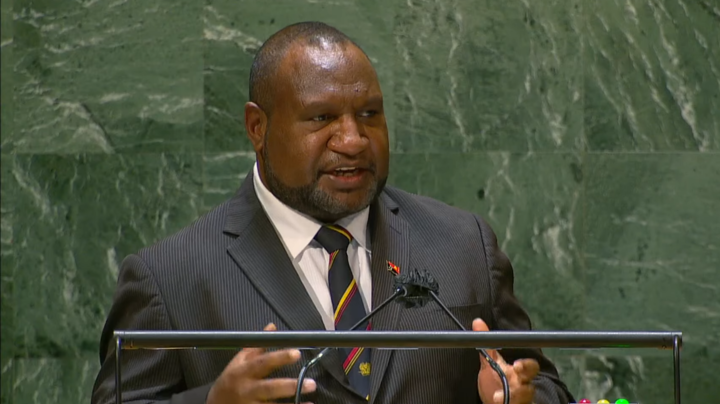 Covid numbers soar in Kiribati; call in Fiji to do more for young sex crime victims; RSV health concern in American Samoa; PNG leader diagnosed with Covid in China and other stories

There are now a total of 1,543 positive infections throughout the atoll islands.

But there are concerns that authorities are not providing the real picture of the outbreak and the rate of infections is much higher.

Kiribati freelance journalist Rimon Rimon said the government is not being transparent.

He said there is a big difference between what is being officially reported and the situation on the ground.

According to the health ministry, those who have tested positive are advised to quarantine at home as they display only mild symptoms.

Call in Fiji to do more for young sex crime victims

The head of Fiji's Women's Crisis Centre says more needs to be done for children who are victims of sex crimes.

Last week, a 30-year-old man, Simione Tugi was jailed for two-and-a-half years for buying a 16-year-old girl and selling her for sex in Suva in 2015.

Centre coordinator Shamima Ali said that such a lenient sentence sends the wrong message to perpetrators of sex crimes against children.

Ms Ali believes "child protection is not a priority" in Fiji.

She said she plans to meet with the Women and Children's Minister to discuss the issue.

According to figures released by the Office of the Director of Prosecution, there were a total of 196 victims of rape and sexual violence in 2021.

American Samoa's Department of Human and Social Services is closing all day care services for a week from today in PagoPago in an effort to minimise the spread of Respiratory Syncytial Virus - or RSV - among children.

Parents are being asked to make alternative arrangements for their children during the closure.

Child care providers and staff are encouraged to use this time to thoroughly clean and disinfect their facilities.

Over the weekend the Department of Health advised the public of a recent outbreak of respiratory illnesses in the territory due to RSV.

PNG's Prime Minister James Marape has been forced to cut short his tour to China and France after contracting Covid-19.

Mr Marape departed for Beijing on Thursday at the invitation of the Chinese Premier Xi Jinping to attend the opening of the 2022 Winter Olympics.

However, on landing in China, he tested positive for covid.

While he could not meet with Mr Xinping as originally planned, he held a virtual meeting with Chinese Premier Li Keqiang on Saturday which he labelled a "success".

His office says Mr Marape's positive infection means he has had to cancel his trip to France for the One Ocean Summit - where he was scheduled to meet French President Emmanuel Macron.

A prominent Samoan has criticised the government's handling of the Covid-19 pandemic.

Former government Chief Auditor, Su'a Rimoni Ah Chong, is quoted by the Samoa Observer as saying the lack of information has created uncertainty amongst the people.

He says most of the requirements put in place by the health officials are not well implemented and enforced.

Su'a says that in Apia shops it was evident that people are not following the orders and measures put in place by authorities.

Three of New Caledonia's four members of the French legislature have jointly declared support for Emmanuel Macron in this year's presidential election.

The three politicians of the anti-independence Caledonia Together party - Philippe Gomes, Gerard Poadja and Philippe Dunoyer - issued a joint statement, even though Mr Macron is yet to formally register a re-election bid.

The three say after last year's rejection of independence in the referendum, the French president will have to meet the expectations of New Caledonians by personally restarting the dialogue between France and the territory.

In December, a committee was set up in New Caledonia to support Mr Macron.

It is headed by the mayor of Noumea Sonia Lagarde, who said his support for New Caledonia has been flawless.

Last month, the president of the Southern Province Sonia Backes also announced her support of the incumbent.

Three officers with the American Samoa Department of Public Safety have been dismissed after providing positive drug tests.

The Police Commissioner, Lefiti Atiulagi Pese, has not said what prompted the drug tests nor how many officers were tested.

Lefiti told senators the positive results were confirmed by a lab in Hawai'i.

Tuvalu's Foreign Minister Simon Kofe has been nominated for the Nobel peace prize.

Mr Kofe made headlines at last year's COP 26 summit, when he addressed the summit while standing knee-deep in the ocean to highlight rising sea levels.

Mr Kofe said he is surprised at the nomination but at the same time honoured to be considered.

He said the main message of the clip, which has gone viral online, was to recognise the plight of Pacific Island nations like Tuvalu in their fight against climate change.

Sir David Attenborough, the World Health Organisation, and Belarusian dissident Sviatlana Tsikhanouskaya, Greta Thunberg, and Pope Francis are among the other nominees for the Nobel Peace Prize.