Calls for more women in politics 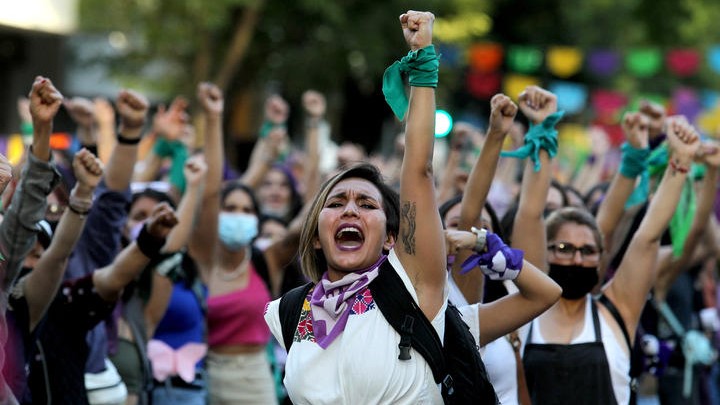 The focus this year was on addressing climate justice and gender disparity with calls for more women to become members of parliament.

The first female Prime Minister of Samoa wants to remind everyone that gender equality is a shared responsibility.

Fiamē Naomi Mataʻafa gave an opening address at Samoa's International Women's Day, saying it is a day to reflect on the resilience and determination of women to overcome the challenges they face.

She said the day was born from an outcry of women against inequality with limited or no voting rights.

"This is a call for women's voices to be heard and women's rights to be recognised. Women's protection from all forms of violence to be prioritised. Women's capacities and abilities to be realised utilised and for all women to be afforded oppourtunities for their inclusion in all aspects of life."

"This call on all of us to support for women's productive and unpaid care which is exhacerbated by climate change and Covid-19. Addressing the needs of women is a priority goal."

"We are 50 percent of the total population of Fiji. In parliament we are 18 percent and in my party we are 19 percent. We are very much a minority group. I would like to encourage as many of you woman as possible to try and get in this year."

Fittingly this week also saw an historic moment marked for Fijian and Pacific women with the country's first female deputy prosecutor being sworn in to the International Criminal Court.

Nazhat Shameem Khan, who is also Fiji's Ambassador UN and President of the UN Human Rights Council, is the first female in the Asia-Pacific region to be appointed to the distinguished role.

Fiji's Prime Minister Frank Bainimarama says it is the duty of men to improve and uplift women and not to denigrate them in any way shape or form.

Mr Bainimarama said in commemoration of International Women's Day that women are leaders, and it is men's duty to uplift them.

He said that women's empowerment was the key to building a better country.

Mr Bainimarama, who has recently returned to work after major heart surgery, said free education, putting more girls in classrooms and open-merit recruitment had put more women in leadership in the civil service.

He also hailed social support such as like vouchers for rural pregnant women and free sanitary pads for students.

"And our laws punishing domestic violence have put offenders who abuse women behind bars," he said.

Meanwhile, more than 200 women from the Central and Eastern Divisions attended a Women in Leadership Forum for female teachers while around 20 of them joined virtually from maritime zones.