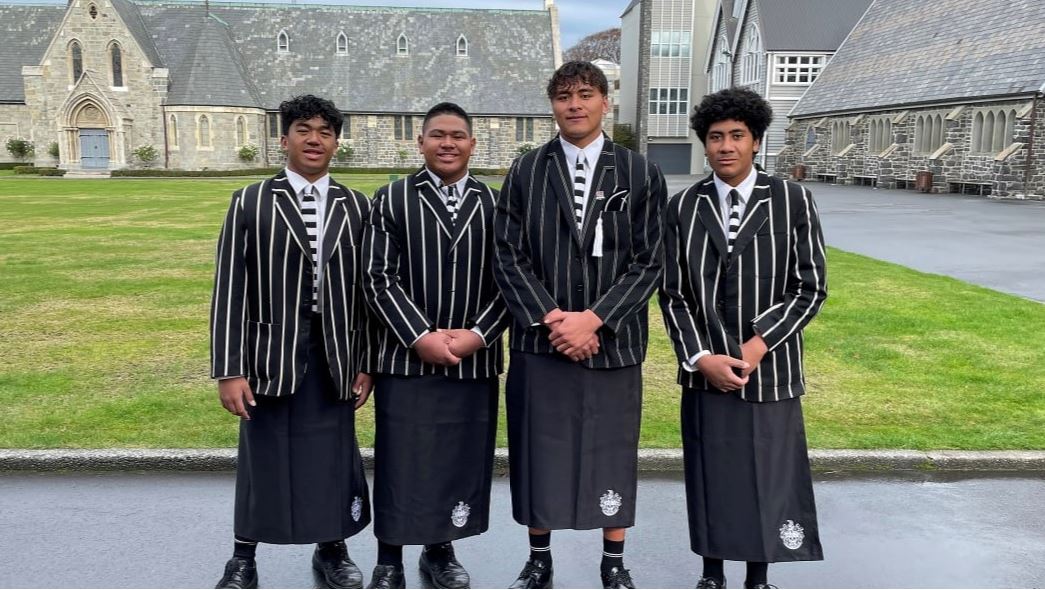 A New Zealand school's adoption of a Pacific garment is being described as a step in the right direction but more needs to be done to lift students up.

Students at Christ's College in Christchurch can now finally wear ie faitaga to school instead of grey trousers.

It is described as a more formal version of a lava lava. The garment is called ie faitaga in Samoan, tupenu in Tongan and sulu in Fijian.

The school's principal said the addition to the official College uniform could be worn by Pasifika students in place of their trousers throughout the year.

Student Jayden Sa, 17, grew up in a hard-working Samoan family; he is a New Zealander but is proud of his Samoan culture.

For him, the ie faitaga represents more than just a uniform.

"Last year when we didn't have any, seeing the other schools wearing the ie faitaga, I just wanted to be a part of that because they get to represent themselves and their culture and I thought why not get involved and embrace our culture."

He is in Christ's College first rugby XV, when other boys from different schools wore their ie faitaga that got Jayden, a teacher, and then the principal thinking.

"I thought why aren't we doing that," assistant principal Neil Porter said.

So he made it happen. It was easy to implement because Christ's College is not the first school in the country or even the city to make them an option.

Porter wishes the decision was made sooner.

"Some people are further down the journeys than we are, I think it is a step in the right direction. In my view, it has been so well received by the students and their parents that in some ways I am kicking myself that we didn't do it earlier."

Jayden and the boys in the first XV are honoured they are now able to wear ie faitaga at College.

"I was pretty stoked. I was pretty happy that he even thought of us in a way, it's great," Sa said.

More needs to be done to lift students up

"One could argue that a uniform change is merely a surface covering initiative. I mean I applaud the school but what are the wider challenges for Māori and Pacific students, and we know what they are. High levels of under achievement and, I would argue, that they have come about because the system has perpetuated the inequities, racism, and low expectations," Cormick, who is now an educational consultant, said.

"It's about understanding the person that you are working with, the strength behind them, their languages and their heritage that make them who they are," trust director Helen Varney said.

Jayden Sa's new found pride is a testament to that.

"It motivates me just like thinking of family and where I come from and what got me here," he said.

Sa hopes other schools yet to make ie faitaga an option have a light bulb moment and make the change.