Kiribati govt declares state of disaster due to severe drought 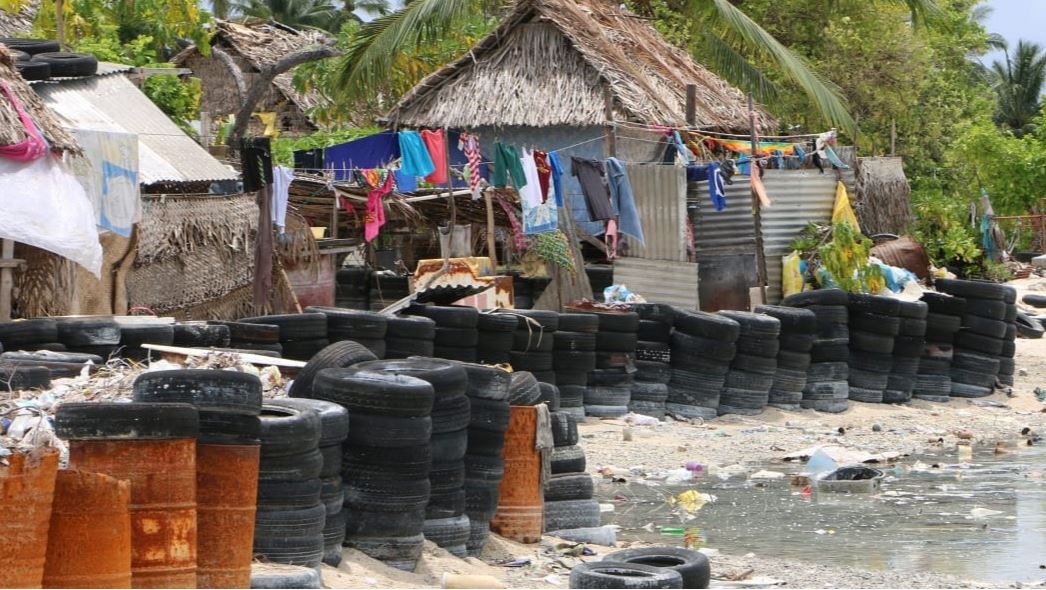 Kiribati villagers have resorted to using tires and barrels for protection from the sea Photo: RNZ Pacific / Koro Vaka'uta

The Kiribati Government has declared a State of Disaster for the entire country because of drought.

The disaster declaration allows the government to coordinate efforts involving various public bodies and international agencies and partners to get aid to those already being affected.

The Public Utilities Board is advising people to boil water or use bottled water.

The first international response has come from Australia providing 100 solar distillation units for the outer communities which will convert well water into safe drinking water.