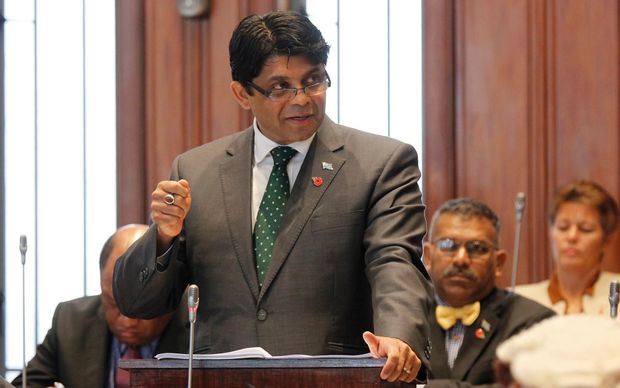 The Fiji Government has announced it will not make grants to the University of the South Pacific (USP) as long as Pal Ahluwalia is the Vice-Chancellor.

Last month the University Council re-appointed Professor Ahluwalia after he and his wife had been forced out of Fiji amid claims they had breached the Immigration Act.

They also located his position to the Samoa USP campus.

"Fiji does not accept Ahluwalia as the vice-chancellor and will not provide any funding to USP for as long as he remains the supposed vice-chancellor."

He said they wanted the alleged breaches against the professor investigated independently.

Aingimea said there was nothing in the statutes or the USP Charter to suggest the council had broken any rule by reappointing Ahluwalia and issuing him a new contract. The statement from Sayed-Khaiyum came a day after Fiji Prime Minister Frank Bainimarama spoke in parliament on the importance of regionalism in the Pacific. Bainimarama is now the chairman of the Pacific Islands Forum.

The USP is the property of 12 Pacific nations who are all members of the Forum.

New Zealand and Australia gives significant amounts to the running costs of the university, but Fiji is the largest contributor.