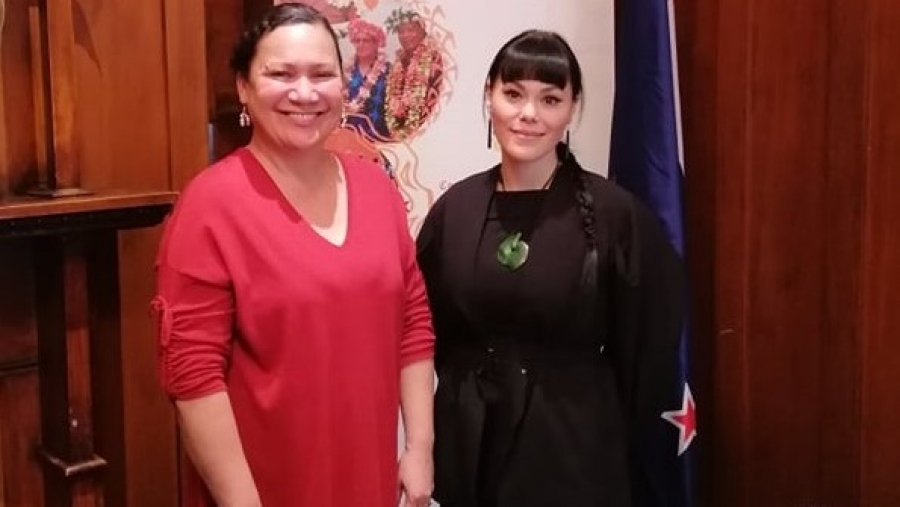 New Zealand has announced its next High Commissioner to Cook Islands will be career diplomat Tui Dewes, after Cook Islands Government agreed last month to her appointment.

Dewes, who has previously been posted to India and Turkey, succeeds the late Tessa Temata, and acting High Commissioner Rachel Bennett.

Dewes is partnerships unit manager in the humanitarian arm of the Pacific and Development Group for New Zealand's Ministry of Foreign Affairs and Trade. She has worked for the ministry for 19 years, in New Zealand and abroad.

Dewes called on High Commissioner Elizabeth Wright-Koteka at the Cook Islands chancery in Wellington yesterday, in preparation for her posting to Rarotonga.

It comes at one of the more vexed times in recent Cook Islands-New Zealand relations, after clashes over quarantine arrangements and attempts by the Cook Islands Government to unilaterally announce the opening of the border.

In March, Cook Islands had to back down on plans announced by Prime Minister Henry Puna to set up a quarantine facility for returning Cook Islanders, in which he called on Cook Islanders to make their way to Auckland – in contravention of New Zealand's level 4 lockdown rules.

Then last month, Deputy Prime Minister Mark Brown announced on live New Zealand television that there was a pending announcement of an air-bridge between the two countries, forcing an urgent intervention by the New Zealand Government, and another backdown by Cook Islands Government.

In May, Foreign Affairs Secretary Tepaeru Herrmann publicly thanked New Zealand for a Covid aid contribution. But the same day, she refused to discuss news of a meeting with China and other Pacific nations, in which Cook Islands thanked China for medical aid and backed the controversial "One China" policy under which China designates the island nation of Taiwan to be part of the People's Republic of China.

Tonight, Herrmann welcomed Dewes' appointment and spoke glowingly of the relationship with New Zealand. “As one of our closest and most significant bilateral partners, future cooperation with New Zealand assumes elevated importance given the global impact of Covid-19," Herrmann said.

"We welcome the recent announcement by Deputy Prime Minister Peters on the appointment of Ms Dewes and look forward to welcoming her to Rarotonga once health conditions and border settings on both sides can accommodate.”

Acting High Commissioner Rachel Bennett and her family are expected to return to Wellington in the next week or two, leaving new Deputy High Commission Helena Cook in charge of managing the relationship between the two countries, until Dewes arrives.