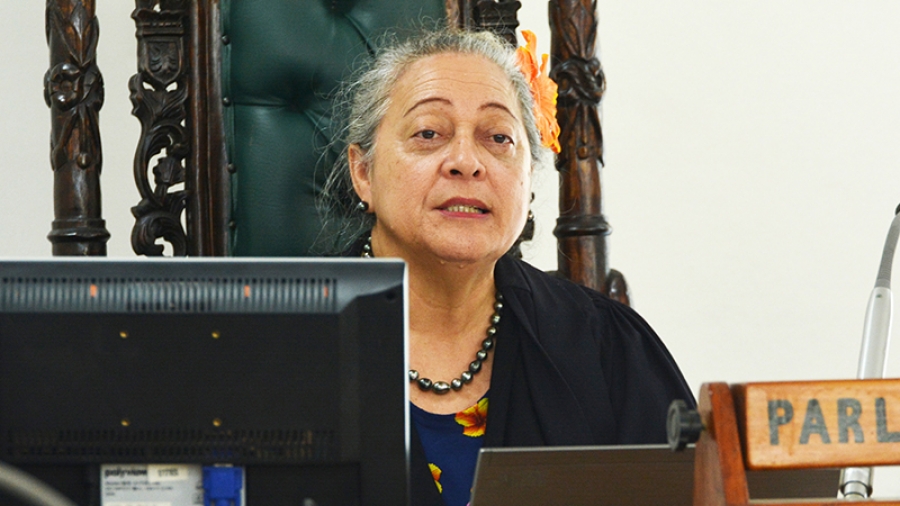 Speaker Niki Rattle reiterated that Parliament cannot tell government to stop whatever they are doing due to its separation of powers.

Rattle made these comments in relation to queries from Opposition MPs on a water petition signed by more than 1400 Rarotonga residents asking government to stop or immediately cease action on the use of chemicals to treat water.

She reminded the MPs that “there is no other pathway for that petition to come back to Parliament”.

Titikaveka MP Selina Napa said it was the “duty of this House to consider any petition or issue brought forward to the House for them to discuss”.

MP Henry Puna, before stepping down from his position as Prime Minister said when he listened to Napa, it was as if Parliament was the only platform where the petition could be heard.

“I’m wondering why this group of people are trying to come in this House, and yet it’s the responsibility of the select committee.”

Napa replied by saying the select committee was formed to look at the To Tatou Vai Authority Bill, not the issues addressed by the petition.
She said her question related to what they could do for the signatories of the petition.

While looking back at the decision made in the last Parliament sitting the Speaker said: “That was not made solely by the Speaker, we did seek legal advice and we were advised that in the separation of powers, Parliament cannot tell the government to stop doing something.”

“Because in the petition it said that it wanted the government to stop what it was doing.

“There is no other pathway for that petition to come back to Parliament, we have received letters from the people involved or one person involved in that committee, we have responded many times, and I did see the newspaper that spoke about it, I did see it on the television. The fact of the matter is that business is done, it’s over”.

The ‘Anti-chemical Treatment of the Water Supply of Rarotonga’ petition called for government to investigate non-chemical water treatment methods and for water to remain free for households.

The petition was presented to Parliament in June this year but was ruled ‘out-of-order’ by the Speaker.