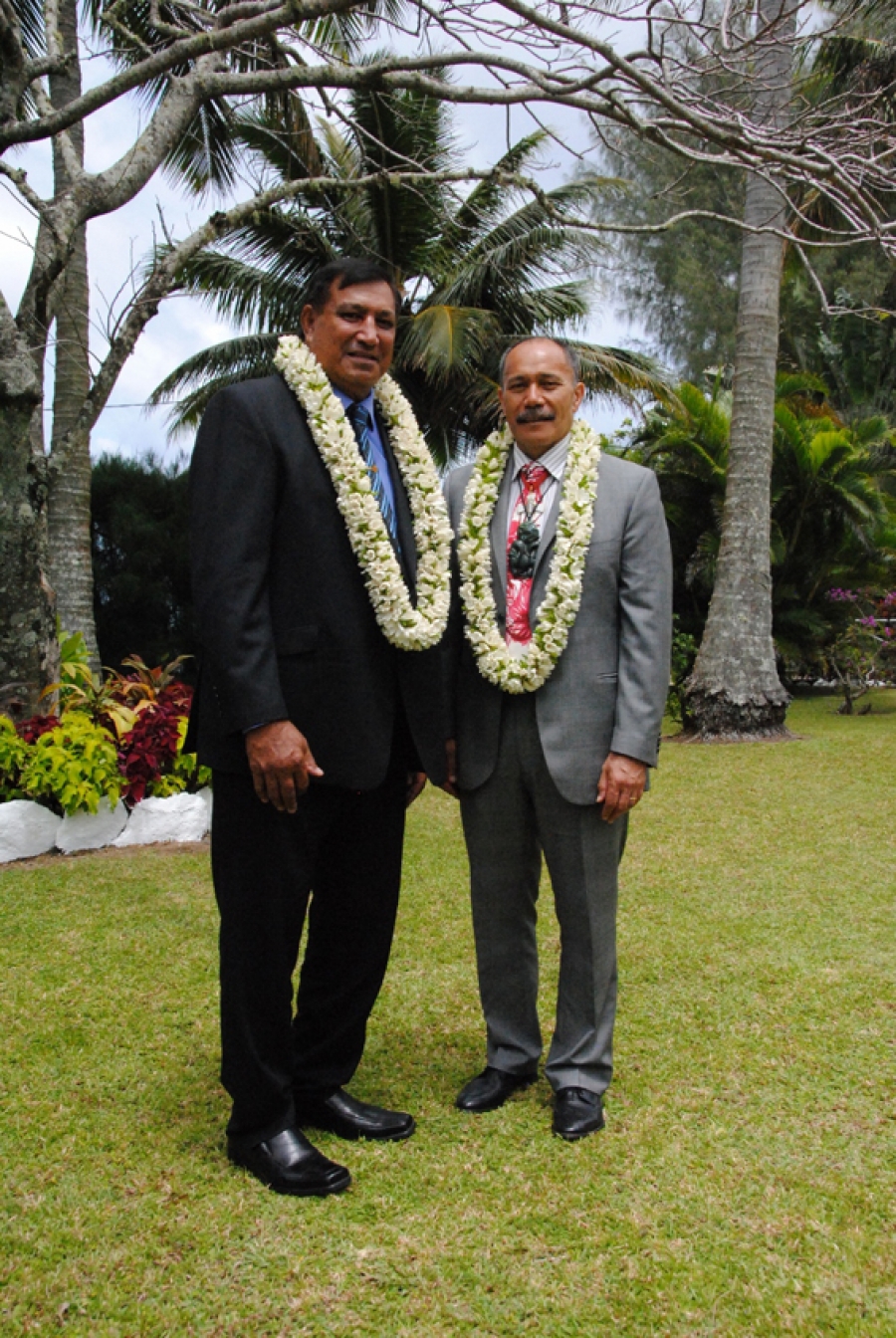 Queen's Representative Tom Marsters (left), pictured with Governor-General of New Zealand Sir Jerry Mateparae. Marsters has been reappointed as the QR to the Cook Islands for a further three years. 16072724

THE SEVENTH Queen’s Representative (QR) to the Cook Islands, Tom Marsters has been reappointed to the position for a further three years.

Marsters, who was first appointed as the QR in 2013 taking over from Sir Frederick Goodwin, received the endorsement from prime minister Henry Puna and the cabinet to continue on the role.

The former deputy prime ministers new term came into effect yesterday. Confirming Marsters’ reappointment as the QR, the Office of the Prime Minister said in a statement that the extension of the appointment followed the formal steps of communications with Buckingham Palace and New Zealand.

“The approval of Her Majesty Queen Elizabeth II was conveyed under the signature of a Royal Commission of Appointment, which was received last week.” Office of the Head of State official secretary Anthony Brown said Marsters was looking forward to serving his second term as the country’s QR.

“His Excellency Tom Marsters is delighted that Her Majesty Queen Elizabeth II has seen fit to reappoint him to serve as her (the Queen’s) most gracious representative in the Cook Islands on the recommendation of both the prime ministers of New Zealand and the Cook Islands,” Brown said.

Marsters has previously been at the forefront of national politics, having served as the secretary general of the Cook Islands Party (CIP) for over 30 years before taking up the role of deputy leader The Queen’s Representative has also served in a number of Crown agencies and boards, and as a senior public servant, has many years of experience in agriculture and fisheries.

The 69-year-old was born on Palmerston Island and educated at Nikao and Avarua Primary schools before attending Avele Agriculture College in Samoa and Grimsby Institute of Technology in the United Kingdom.

He was first elected to Parliament for the seat of Murienua in a by-election in 1991. Marsters resigned from parliament in July, 2013 to take up QR’s role following the retirement of Sir Frederick Goodwin, who served four terms in that role.