PM to step down 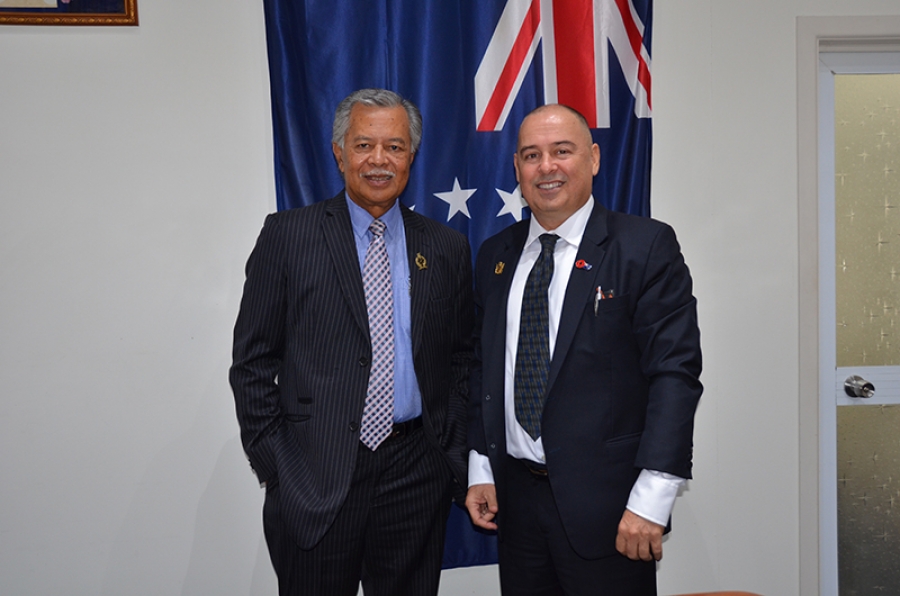 A succession process for transition to new leadership is underway, after Prime Minister Henry Puna announces he’s standing down.

For the first time in the nation’s history, Cook Islands Prime Minister Henry Puna will take the unprecedented step and bow out of his role two years before his term ends.

Deputy Prime Minister Mark Brown will take over the top role when Puna steps down in September this year.

In an interview with Cook Islands News before he officially announced his plans in Parliament yesterday, the Prime Minister said he is vying for the position of Secretary-General of the Pacific Islands Forum Secretariat.

Regardless of whether Puna wins the Forum’s leaders role,the transition of Brown leading the country after September will go ahead, he confirmed.

Plans are in motion to ensure a seamless transition, Puna said.

Mark Brown said as a country they felt the Prime Minister should be nominated to take on the role at the Forum.

“He has done an exceptional job for the past 10 years leading the country with huge initiatives such as Te Marae Moana concept, renewable energy and being at the helm of our country through graduation to high income status,” Brown said.

“This experience he can take into the Forum; he would be outstanding.”

Unassuming, Puna is uncertain of the likelihood of being successful in securing the role.

Brown believes otherwise and said Puna has a good opportunity.

If Puna is unsuccessful for the regional post, he will become a back bencher to see out the rest of his term.

If victorious in the regional campaign, a by-election for his constituency of Manihiki will be held.

Puna had previously won the elections on the Northern Group island with an overwhelming majority.

“I will miss them. It is actually very humbling to have the confidence of your people,” said Puna.

The succession and how it would transpire has been talked over for the past couple of years.

Mark Brown yesterday revealed the Prime Minister was due to step down and allow new blood to come through when the country graduated in January this year.

The Covid-19 pandemic did cause a bit of a disturbance, Brown said.

“That takes a lot of character, to take that step at the height of your career, it shows the foresight that he had, that one can overstay too long, it is best to do so while you are in a good position rather than being forced.”

Puna said he has every confidence he is leaving the country in good hands.

“It’s team work, that is the basis of government, nothing else, I have been very blessed that I have people that have believed in that too. I think you need to lead, that they can believe in those important principles,” he said.

“I leave government in very capable hands, the DPM will step up. It’s sad but accepting of the new reality that we need to get on, time marches on.”

He expressed his deepest appreciation to the people of Manihiki for their unwavering support, the team in government and the people of the Cook Islands.

“Sadly, the global pandemic has set us back, but all of us can be proud of where we are today.”