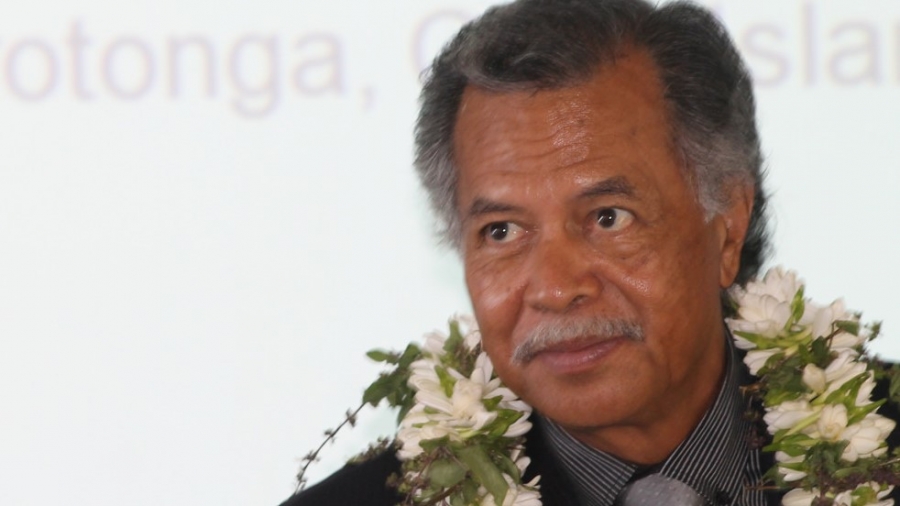 Prime Minister Henry Puna has retracted calls for stranded Cook Islanders to make their way to a quarantine centre in Mangere.

Plans to isolate stranded Cook Islanders in a hotel near Auckland International Airport have been abandoned for now.

Prime Minister Henry Puna announced this morning that Cook Islands residents would be required to remain in New Zealand for the duration of that country's four-week lockdown and movement restrictions, to help break the chain of the Covid-19 spread.

The Prime Minister attributed the about-turn to the "rapidly-changing situation in New Zealand and its fast-moving policy issues and responses."

It's nearly three days since Puna announced, in his live stream public address on Thursday, that Cook Islanders should make their own way to a quarantine centre in Auckland for 14 days supervised quarantine, before they would be tested for Covid-19 before being allowed to board a plane back to Rarotonga.

The plan, announced without the agreement of the New Zealand government, caused concern for both New Zealand authorities and Cook Islands residents in New Zealand.

The New Zealand Government advised the Prime Minister that his direction was at odds with the emergency Level 4 lockdown restrictions in New Zealand, which restrict people’s movements. The plans were to be discussed by the New Zealand Cabinet today.

Puna had made no further statement until now, though the Cook Islands High Commission's first secretary Piakura Passfield had emailed stranded Cook Islanders, contradicting the Prime Minister's direction and telling them they should not leave their lockdown.

The quarantine centre at the Holiday Inn, near Auckland International Airport, was to have opened this morning. But stranded Cook Islanders like the 38 members of the Golden Oldie Mamas netball squad have refused to risk police arrest by leaving their self-quarantine at the Atiu Hall in south Auckland and driving across the city to the Holiday Inn.

Henry Puna said today that the supervised quarantine policy was designed by key health professionals under the Cook Islands Government’s Emergency Incident Management Group, in an extensive effort to help all Cook Islanders affected by the Covid-19 pandemic.

“Things are moving very quickly in New Zealand and the Alert Level 4 measures mean people must stay where they are and not interact with anyone outside their current household. The measures are a response to a new crisis unlike anything seen before in our lifetime.

"Governments around the world are having to be nimble and adapt to changing circumstances by the minute. In trying to protect the Cook Islands while simultaneously looking after Cook Islanders and residents currently in New Zealand, decisions and plans are made that will sometimes require adjustment,” he said.

“We appreciate that our people will have to make alternative arrangements which are both stressful and financially difficult, so we will elevate and expedite provision of financial and other assistance in the coming days led by our Ministry of Foreign Affairs, and delivered through the Cook Islands High Commission in Wellington."

The Alert Level 4 lockdown measures will help contain the spread of Covid-19 in New Zealand, he added, but also provide an additional layer of protection for the Cook Islands.

Prime Minister Puna said he had liaised with New Zealand’s Deputy Prime Minister Winston Peters. “Hon Peters acknowledged the approach taken by the Cook Islands to keep out and also prepare for the threat of COVID-19. He said that one of New Zealand’s top priorities is protecting the people of the Pacific and this was at the forefront of their minds," Puna said.

“The breaking news yesterday of New Zealand’s first fatality due to Covid-19 and its confirmed cases now exceeding 500, were a sobering reminder of the threat Covid-19 presents and the importance of our collective actions to break the chain of transmission. The Cook Islands stands in solidarity with New Zealand."

Information relating to support for Cook Islands residents needing to remain in New Zealand for the period of the lockdown will continue to be issued by Te Kauono Tutara e te Mana Tiaki, the Cook Islands Ministry of Foreign Affairs and Immigration, and delivered through the Cook Islands High Commission.

Some 200 Cook Islands residents have already registered with the High Commission, and others are encouraged to do so.