PM ‘blown away’ by warm welcome 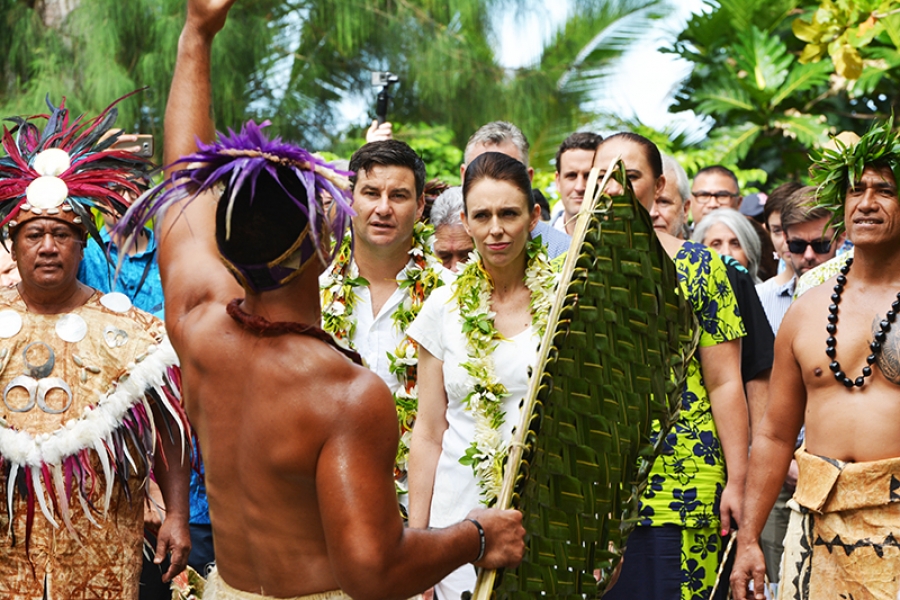 New Zealand prime minister Jacinda Ardern told the House of Ariki yesterday she was “blown away” by the warmth and hospitality shown by the Cook Islands on her first visit to the country.

Ardern and her delegation were welcomed onto the Arorangi grounds with a rousing turou, and after her welcome she sat and listened as the president of the House of Ariki, Tou Travel Ariki, gave a long and impassioned speech.

Following the ceremony, Ardern said the speech and turou were an indication of the close relationship between New Zealand and the Cook Islands, as she was able to understand many of the Maori words that were spoken. One of the ariki had told her, “Don’t forget that your baby is now a Cook Islander.” “That would make it a very lucky baby,” Ardern said.

Although it was her first visit to the Cook Islands, the New Zealand prime minister said her partner, Clarke Gayford, had “manufactured” reasons to come here.

“He loves the Cook Islands so much that he invented some work he needed to do here and flew here a while ago to make a television episode about the beautiful Cook Islands,” she said, laughing.

“The wonderful fishing that you have here…he considers fishing work. But this will not be our last visit here at all.”

She concluded her speech by saying that the bond between the two countries stretched far beyond just the governance relationship.

“It’s amongst our people and our culture. And the fact that we have so many Cook Islanders in our delegation speaks to the friendship, because we are family.”