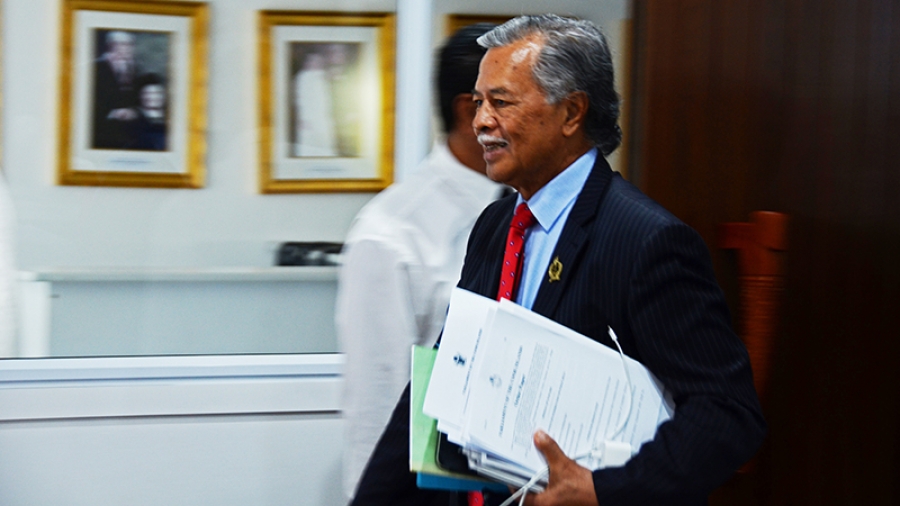 Henry Puna arrives in Parliament this week to announce his plans to step down. 20061707

Opposition leader Tina Browne says she’s extremely disappointed the Prime Minister has decided to step down in the country’s time of need.

She likened his forthcoming departure to, “a captain abandoning his ship when the going gets rough”.

“Our economy urgently requires constant careful attention not just this year, but for at least the next 18 months according to world economists,” Browne said.

“Puna leaves his job at a time when our country’s economy is in upheaval with no obvious relief in the near future, we could very well be facing insolvency if the government is unable to secure a loan to maintain operations.”

The Pacific Forum Secretariat should have considered retaining its current Secretary-General Dame Meg Taylor, she suggested, “which would have allowed continuity and little disruption to the current activities of the Forum Secretariat”.

The decision whether to support Puna’s nomination for the Secretary-General position would be discussed by the Democratic Party caucus.

“Our people have clearly demonstrated during these critical times, when so much is at stake for our country, that we do come together and remain committed to doing the best we can to deal with the situation at hand and face the challenges together.

“However, we are faced with incredible, unprecedented challenges at this time.

“The PM is intending to depart when the country is in trouble. One would have thought his loyalty would have been to his country first to see our people through these uncertain times rather than choosing to abandon his country and people.”

Browne said she had been aware of the Prime Minister’s move to step down, though she did not say anything publicly.

“Our country nominated Prime Minister Puna to be in the selection for the post of Secretary-General of the Pacific Islands Forum Secretariat – of course that’s going to be a hard-to-keep secret...”

In the case of a by-election, the Manihiki Democratic party committee will decide and submit to the central executive their final decision on who will stand as their candidate.

Puna won the 2018 Manihiki seat with 88 votes – three times more votes than rival Democratic Party candidate Apii Piho’s 26. But in previous elections he scraped through with just a handful of votes, so the Demos will regard the seat as winnable.