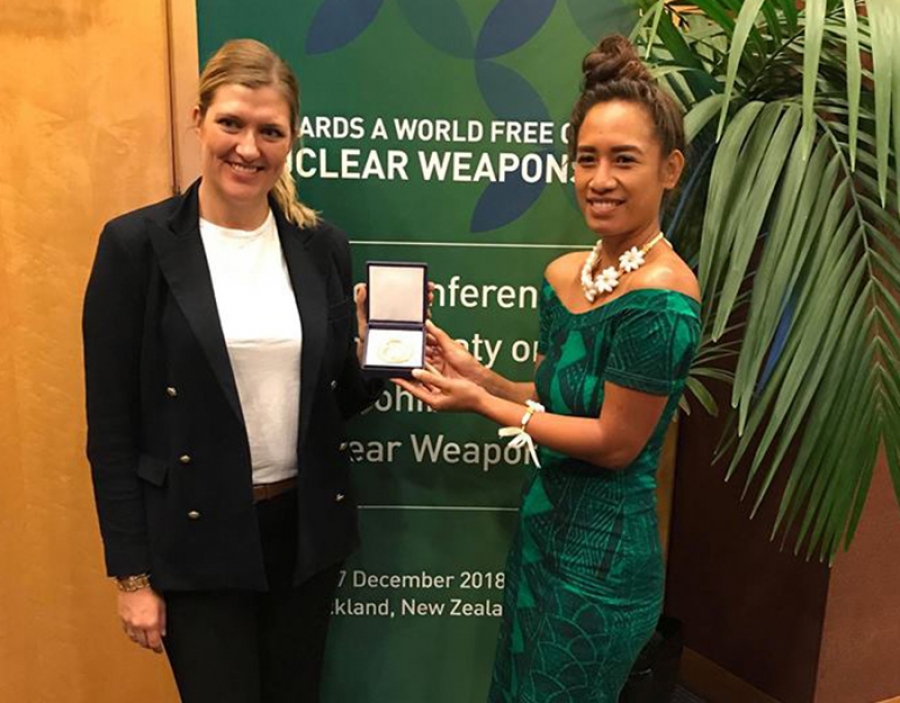 Cook Islands joined other Pacific nations this week in Auckland to take stock of the Treaty on the Prohibition of Nuclear Weapons (TPNW) from a regional prospective.

The meeting also assessed the treaty’s prospects for advancing nuclear disarmament and global security, and canvassed progress toward its entry into force.

The Cook Islands was among the first nations to ratify the Treaty, along with New Zealand, Palau, Samoa and Vanuatu.

“Our accession to the TPNW is a nod to our sustainable development plans, to the new Boe Declaration and regional security priorities, to core humanitarian values and international law, and a reiteration of our anti-nuclear weapons stance as stipulated in the Rarotonga Treaty” said Cook Islands Foreign Affairs official Siai Taylor.

“Amid rising tensions, the modernisation of nuclear arsenals, the continued reliance on nuclear weapons in military and security concepts, “high alert” postures, and threats regarding the possible use of nuclear weapons are widely seen as increasing the risk of a deliberate or accidental nuclear detonation.

“What is perhaps not immediately clear to many of us within this nuclear-free zone in the Pacific is just how close ongoing warring, strategic military and conflict situations are to us,” said Taylor. Speaking after a presentation on why the TPNW is so important from a Pacific’s perspective, she said: “It is unlikely that we are the targets, but it is a very real possibility that we would come in harm’s way, or fall victim to a nuclear spillover or nuclear mishap.”

Keynote speaker, Beatrice Fihn – executive director of the International Campaign to Abolish Nuclear Weapons (ICAN) and the 2017 Nobel Peace Prize laureate, said that “the only way to prevent nuclear weapons from harming us is by getting rid of them. No other solution is realistic.”

Participants noted along with TPNW proponents including New Zealand’s prime minister Jacinda Ardern that the TPNW was not the perfect fix, but a “significant first step towards the elimination of nuclear weapons.”

“Given the region’s history with nuclear testing, it would be fantastic if we can as a region take the lead in bringing the Treaty into force, to being counted among the 50 states parties bringing the TPNW into international law” said Taylor.

“For our part, the Cook Islands is extremely proud to be the 15th state party to join and the first country to accede to the TPNW.

“I hope there will be more of us from the Pacific soon, especially those of us who support the Rarotonga Treaty and are already signatory states to the TPNW.”