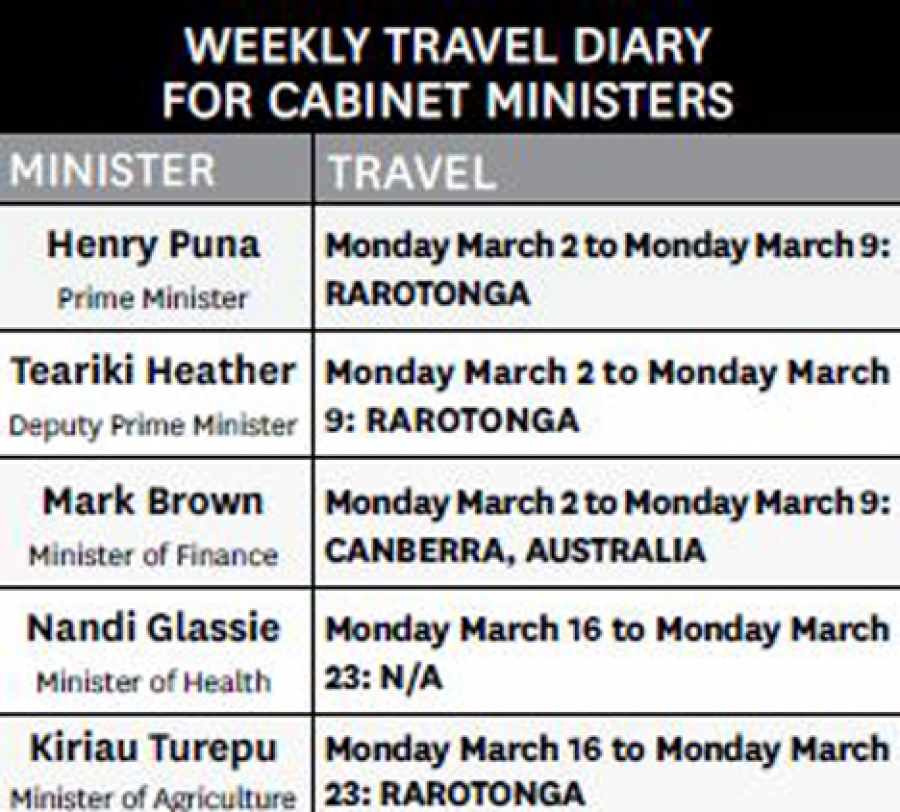 Cabinet is set to sit this week after last week’s weekly meeting was cancelled due to several Ministers’ overseas engagements.

Prime Minister Henry Puna will be back on the island after a successful trip to New Zealand to make the Cook Islands’ submission for more flexible superannuation laws.

But Minister of Finance Mark Brown will be in Canberra this week with Finance Secretary Richard Neves to watch production of new Cook Islands coins.

Travel plans for Minister of Health Nandi Glassie were not available before CINews went to print.