Democracy ‘alive and thriving’ on the small island of Ma’uke 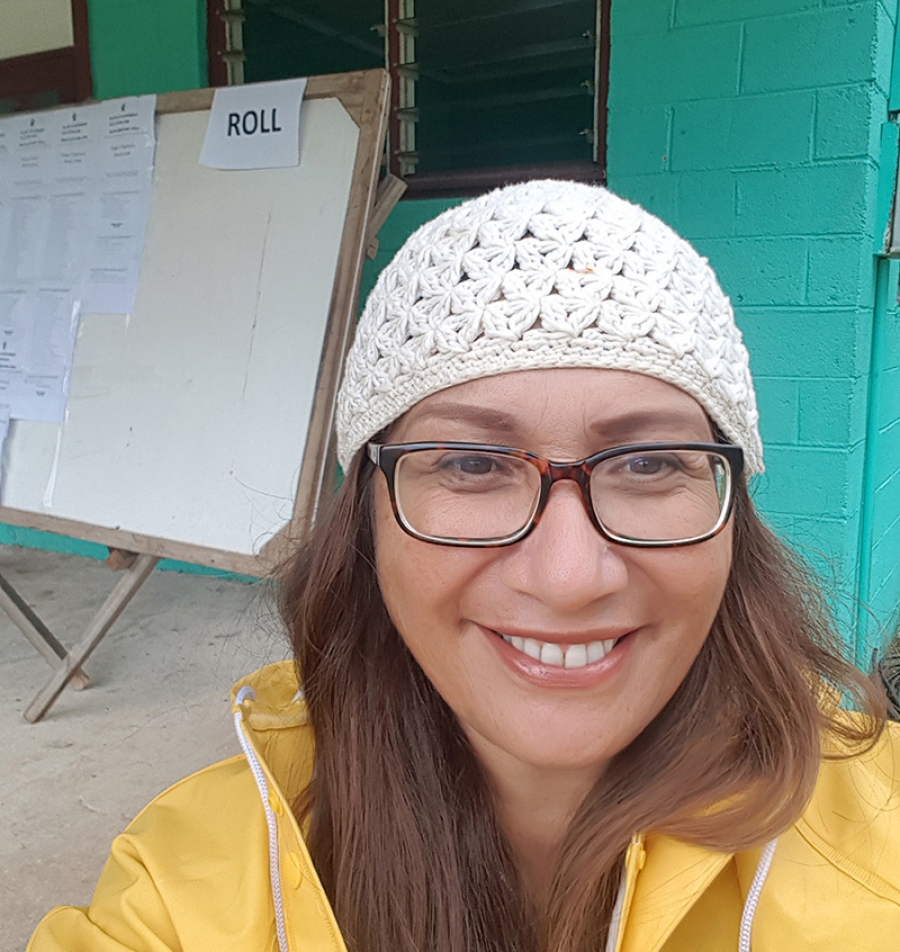 Rain doesn’t stand in the way of a vibrant democracy.

That was the verdict on Ma‘uke this week, as Vaine Aberahama won 80 votes to take a second term in office as mayor.

Another candidate Jean-Marie Francis (nee Kimiangatau), acknowledged his win. “Democracy is alive and thriving in Mauke,” she said.

* Aitutaki: ‘The people are the final court’

The stormy weather on the day of elections for Mayor and Island Councillors did not deter voters braving heavy rains to cast their votes, she added.

Kimiangatau said it was fascinating to see the lead-up to the elections in the Pa Enua, especially for Mauke.

“It’s interesting how the lead-up to elections happened here with campaigning. I assumed there would be a public debate on the merits of each candidate, and the skills, knowledge and experience they would bring to the role.”

She and Tangata Rangi-Ateriano chose not to campaign, she said, because the politicking environment was not conducive to comporting oneself with grace.

She had wished all the candidates many blessings and good luck at a final meeting before election day, and also made mention of the sterling effort by the poll workers and scrutineers, at the polling booths, led by executive officer Royston Jones.

Kimiangatau is the grand-daughter of Robert Julian Dashwood, elected to the Legislative Assembly from the Ma‘uke constituency at the 1963 by-election.

He was subsequently Minister of Police and Social Development, ending his career in politics in 1966 as Minister for Public Works and Survey, with the Cook Islands Party.