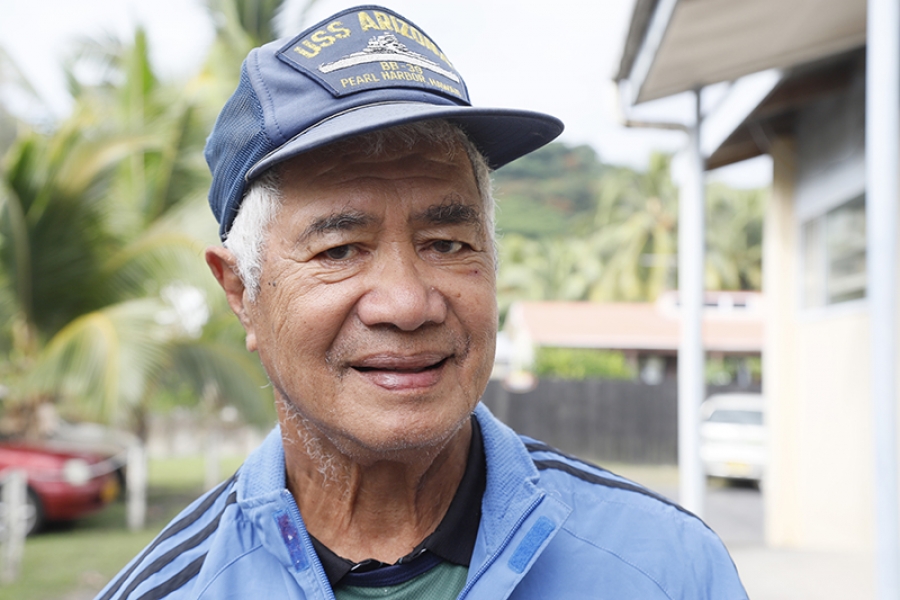 Grey Power president Dennis Tunui says he is “very happy” at the prospect of a new Democratic Party-led government, as it means he and his fellow recipients of New Zealand Superannuation in the Cook Islands will no longer be taxed on their pension.

“I am very happy at the change of government,” said Tunui. “Because in 2014 the Democratic Party told us that if they become government, they’ll stop taxing us.

“We talked with them a lot during the campaign and they kept reaffirming that yes, as soon as they get in, at the first sitting of parliament, they’ll stop taxing us.”

Speaking to CINews, Democratic Party finance spokesperson James Beer confirmed that the party would legislate to stop tax on the New Zealand pension.

“We have committed ourselves to providing precisely what Mr Tunui is saying,” said Beer.

“How that will look will be something that we will be working on,” he explained.

Currently the tax-free threshold is set at $11,000, meaning anyone earning that or less is not required to pay any tax on their income at all.

So with tax payable at 17 per cent on income received between $11,000 and $30,000, the annual tax bill due for a single individual in the Cook Islands whose only source of income is the New Zealand pension would be $2223.

“If the Demos stick to their word – which I am sure they will, that amount, instead of going into the pocket of the tax department, will come back into our hands,” said Tunui.

“Which at our age is very good, because we pay for everything. Because we can’t do the things we used to do – mow the lawn, do the hedge. It comes in handy.”

With an estimated 300 New Zealand-paid pensioners in the Cook Islands, the removal of that tax would cost the government around $667,000 a year.

The Democratic Party did not campaign specifically on eliminating tax for pensioners before the election, but they did address tax policy in their manifesto, stating that they would “make sure that a fair taxation system is the basis for revenue in the Cook Islands, where everyone pays their taxes according to their personal or commercial responsibilities”.

They also plan to “exempt income tax for growers and farmers for all land-based local production for five years to boost growth in local food production”.

The ruling Cook Islands Party released no official tax policy before the election.

By contrast, the various tax-free policies of the One Cook Islands party were a cornerstone of their election campaign.

They promised to “declare the Cook Islands a tax-free country for all pensioners”, as well as planning to “abolish income/PAYE tax for all Cook Islands workers”.