Bills take a back seat to Covid concerns 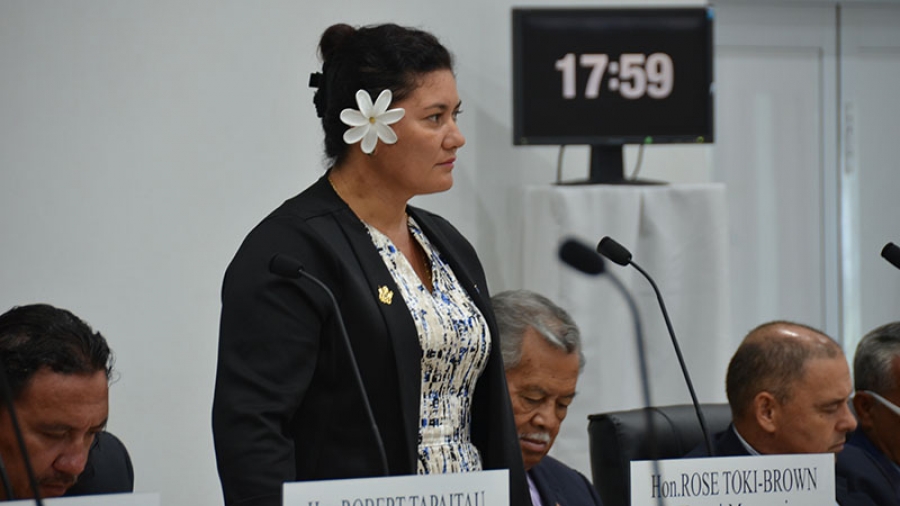 The select committee’s interim report of the Agriculture Bill was tabled at Parliament’s sitting but committee chairman Patrick Arioka asked for a three-month extension, while Parliament adjourns until Monday.

Speaker of the House Niki Rattle began yesterday’s Parliament sitting by paying homage to well-known and respected Cook Islanders who have passed away recently, particularly those who had once occupied a seat in the House.

The late Dr Joseph Williams, whose photograph takes pride of place next to other former Prime Ministers and the late Nandi Glassie, a previous Minister who held the Police and Health portfolios, were thanked for their contributions to the country.

Rattle’s sentiments were shared by the majority in the House, who also acknowledged the passing of former Deputy Prime Minister Teariki Heather and current Opposition MP William Heather’s mother.

The first item on the order of the day was the select committee’s interim report of the Agriculture Bill which was tabled by chairman Patrick Arioka.

However, he asked for an extension of three months to allow Crown Law and the New Zealand Pacific Desk Parliamentary Counsel Office to coordinate the final drafting of the Agriculture Bill 2020 amendments approved by the select committee.

The four bills tipped to take precedence during this Parliament sitting, which is now adjourned until Monday next week, took a back seat to concerns about Covid-19, supervised quarantine and whether Te Marae Ora is doing enough to ensure people remain safe.

During the question and answer session, deputy Opposition leader, Junior Maoate referred to the Cook Islands Games and asked Minister of Health Rose Toki-Brown if the country is prepared and if all necessary steps are being taken.

“Te Marae Ora is prepared for the risks of potential cases and we do not sit back and relax about being prepared for what could come,” she said.

Brown said they are watching the Covid-19 situation in New Zealand closely and have plans in place to make sure they are ready.

As a supplementary question, Maoate asked what level the country was in and what this would mean for how people greet each other with the Cook Islands Games approaching.

Brown said the country’s code or level status has not changed.

There are no rules imposed by Te Marae Ora that will affect the Cook Islands Games, but the ministry is currently compiling a list of recommendations.

A number of different topics of conversations were also discussed during the 30-minute question time including the state of the country’s economy and tractors on Aitutaki.

Matavera MP Vaitoti Tupa asked Minister of Corrective Services George Angene if it was correct that prison inmates had helped with the upgrade of Atupare Marae.

Angene said it was correct and that the inmates had done a great job, but he took issue with the inmates being called “prisoners”.

“I took these young people to teach them different skills,” Angene said.