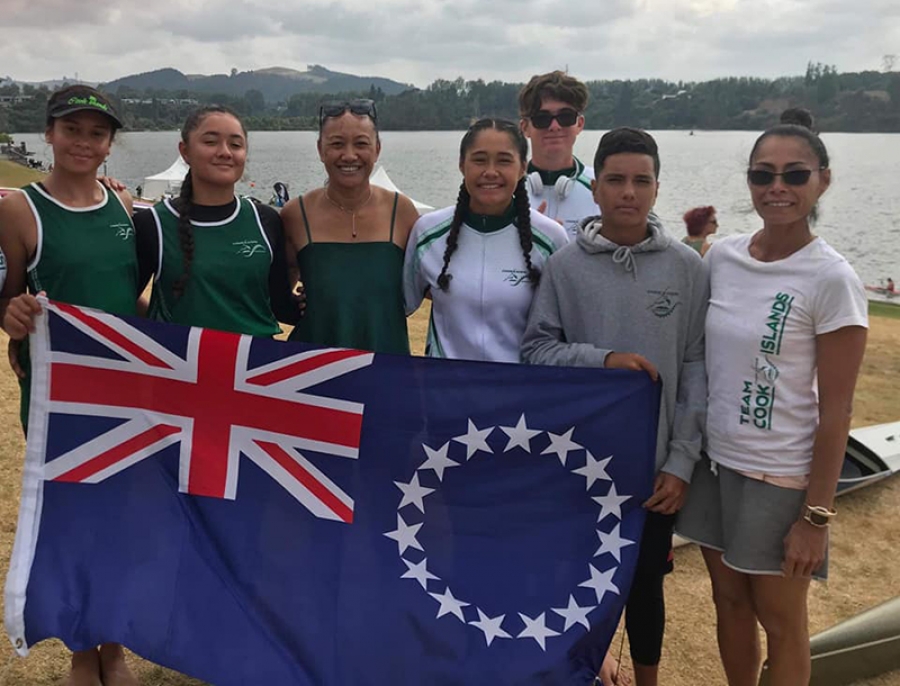 Members of the team who represented Cook Islands at the New Zealand Canoe Sprint Championships. 20022157

The two Canoe and Kayak Cook Islands teams who competed in prestigious events in Australia and New Zealand have returned with good results.

At last week’s New Zealand Canoe Sprint Championships (NZ Nationals) in Cambridge, Cook Islands’ small team of eight paddlers competed in under-12, U14 and U16 divisions in K1, K2 and K4 boats. The team took part in 200 metres, 500m and 5km races.

The national kayakers surely made their mark coming fifth out of 14 teams on the overall medal tally after three days of intense racing.

At the 2020 Canoe Sprint Oceania Championships in Penrith Australia, a team of four paddlers competed in the U16 and Open divisions in K1 and K2 boats for 200m, 500m and 1000m distances. They were Jade Tierney, Lily Tierney, Te’Aroa Pekepo and Kohl Horton.

The Cook Islands were joined at this event by fellow Pacific Island countries Palau, Samoa and Tonga, all of which were contesting for spots in the open division for the Tokyo Games.

Kayakers from both Cook Islands teams registered new and faster personal bests and for those fortunate to get onto the podium, that was just the icing on the cake. You may have already learned about the key elements of choosing a casino, but we will need to delve into this area so that you can make a really wise decision. This includes learning how bonuses and free chips work. https://casinobonusesfinder.ca/ You have probably already noticed how many special offers and bonuses “attack” you when you enter the online casino, but do not be fooled! What you might not have thought about is how you should bet and what is expected of you as real money players.

These two events mark the close of Canoe and Kayak Cook Islands annual race season and both coaches and executives are very satisfied with the development that all paddlers have made in the 2019/20 race season.

While the majority of the programme paddlers go into the off season of cross training, the committee, depending on funding, will consider sending a small team from their High-Performance Programme to the Asia Pacific Cup in May 2020, in Japan.