Meet the ‘Mixed Bag of Nuts’ 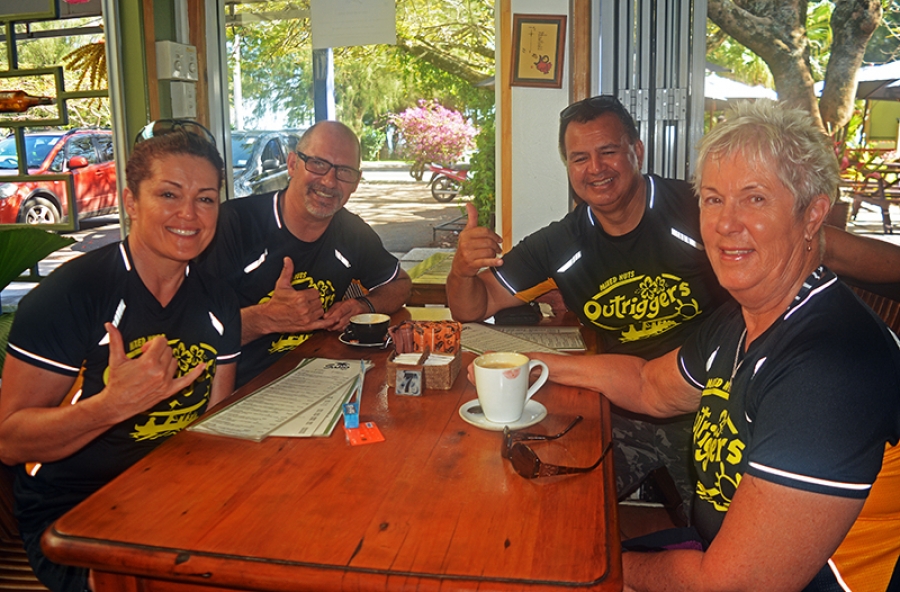 Australia-based team “Mixed Bag of Nuts” is looking forward to the experience at this year’s Matson Vaka Eiva which starts this afternoon with the official opening at the Avarua Wharf Vaka Shed.

The club, which will compete in tomorrow’s masters mixed competition, is made up of men and women senior paddlers and supporters from Brisbane, Sydney and San Diego.

For most of the crew members, this is their first Vaka Eiva and for some, it’s also their first time in the South Pacific.

Team member Steve Tomoana said most of the crew were competing in the Vaka Eiva to get the full flavour of the Cook Islands.

For the Mixed Nuts crew, he said the trip to the Cook Islands was more about the overall experience, friendships, participation, and having a great holiday on the back of some great paddling.

“Our crew is called the Mixed Nuts and we chose the name because we are mixed bunch of nutty people who like paddling,” Tomoana said.

“We are mostly from Australia but one of our crew members is from San Diego and the others are from various places in Australia.”

Tomoana said they had an experienced crew, with members who have been paddling for at least five years.

He said four of the 18 that travelled with the team have visited the Cook Islands before.

“We are going to the Motu to Motu (in Aitutaki) as well. The deal with everybody that came here was to come to Aitutaki as well to get the experience,” Tomoana said.

“Most of the paddlers coming here don’t know about the Motu to Motu, especially the Americans and the Canadians and some Australians haven’t heard about it either.

“It’s definitely a good way to finish off because of the nature of the race and it’s a spectacular location.”

Tomoana said the Vaka Eiva organisation was “pretty mature now” and he expected them to continue with the format in years to come.

For now, he and his Mixed Bag of Nuts are looking forward to battling some big waves and creating some great memories in the 14th Vaka Eiva.