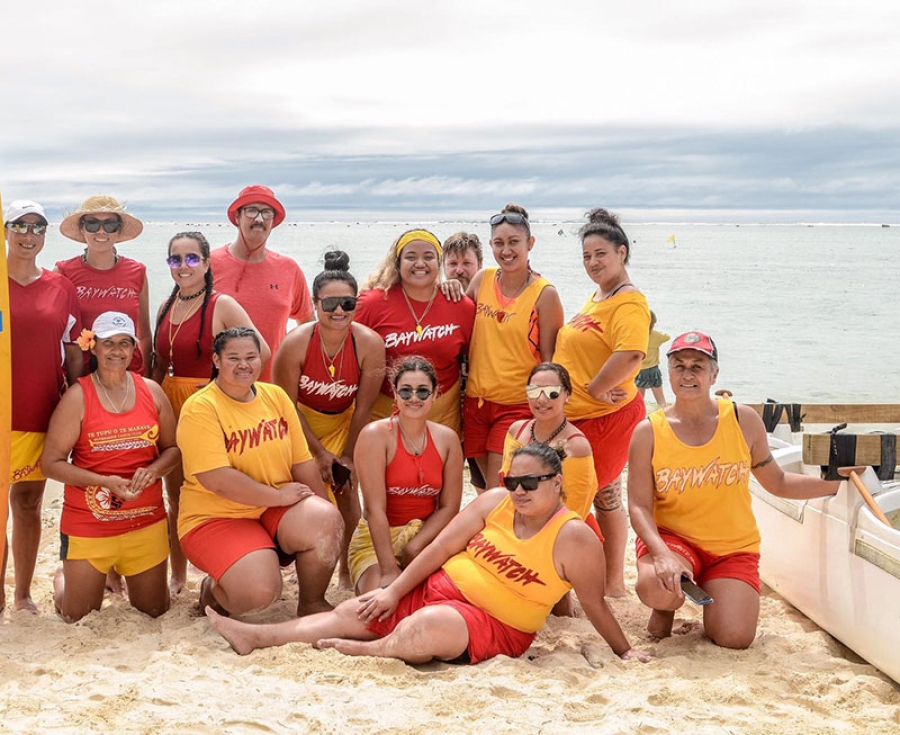 Sixteen local businesses and government departments took to the water at Vaiana’s beach in Nikao on Saturday for the corporate paddling races.

As always, it was a fun filled day with enthusiastic teams pounding through the races.

Although a fun day out, master expert paddler Serena Hunter said there was no denying “it’s all or nothing on the water.”

This, Hunter said, resulted in some very close racing in the heats through to the finals.

The event which was postponed from March due to Covid-19, was a perfect day for team bonding and fun for the paddlers.

Kite-licious retained their winning streak to take out the Corporate Paddle Trophy for the third time running. They finished the 250 metres race in 52.63 seconds.

Trios and The Unicorn, who impressed with a large number of first timers in their crews, took second and third places, respectively, in a time of 54.80 and 55.88 seconds with Nauti claiming the fourth spot.

The fastest and closest heat of the day were the Trios, Unicorn and Koka Cruisers team’s finishing just split seconds apart in 57.35, 57.63 and 57.95 seconds, respectively.

The Ministry of Foreign Affairs and Immigration took out the race off between the government ministries in a time of 57.53s with Team Marines in second (1.01:14 minutes) and NESSGOO (National Environment Service) in third.

Airport Jetz took out the Back of the Line Final in 1.01:31 minutes with Prime Solutions and Bank of the South Pacific’s team “Show me the Money” in second and third places, respectively.

Best dressed was a tough one for the judges as many teams had made the effort to impress on the day. The Baywatch crew (MFEM) in their yellow and red beachwear took out the prize.

Cook Islands Canoeing Association would like to thank 21.3 Vaiana's, Vonnia's, Vodafone and CITC for their support, and the volunteers who helped to make the event a success.