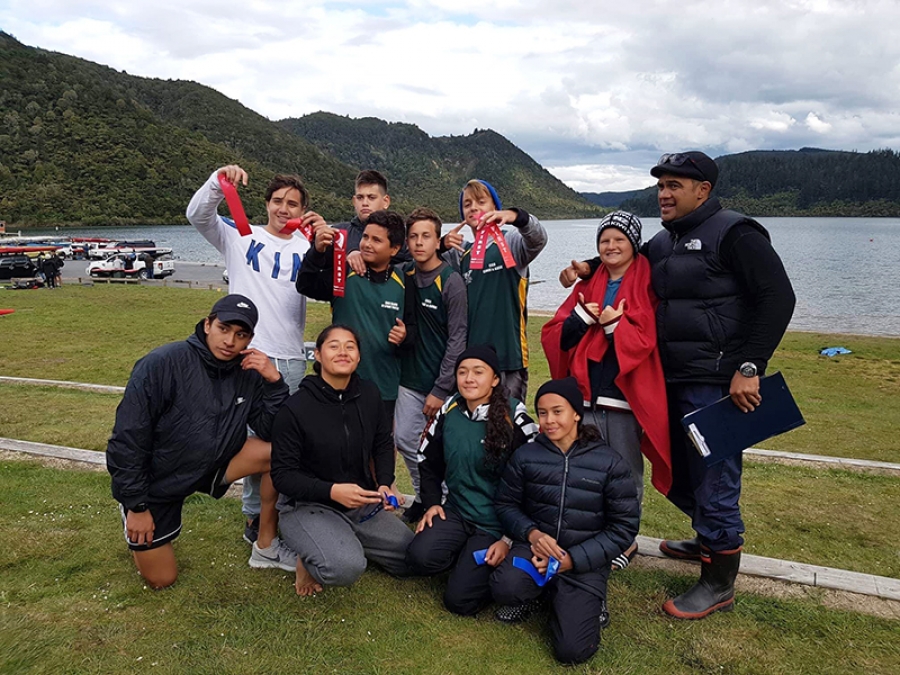 The local based Cook Island kayakers have made their mark this year competing in three of New Zealand’s calendar regattas, NZ Nationals (Feb 23-25) in Karapiro and Blue Lakes 1 (Oct 13-14) and Blue Lakes 2 (Dec 1-2) staged on Rotorua’s stunning Lake Tikitapu.

Under the direction of Roly Rolleston, this year’s Cook Islands Junior Kayak Programme kicked off to a great start with outstanding podium results.

The programme currently consisting of 11 Rarotonga and 1 Aitutaki based paddlers and are now training for the NZ Nationals (Elite Event) staged over 3 days in February 2019.

Members of the programme and their families would like to thank everyone that supported their fund raising efforts over the year and wish everyone a very Merry Christmas and a Happy New Year.