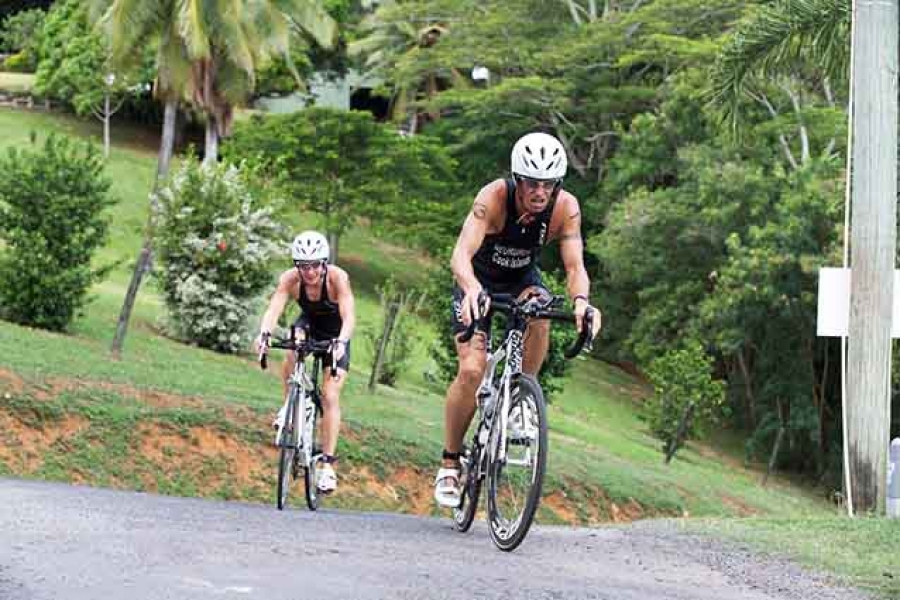 Roland Neururer will be the top bet in the 38th Tinman Triathlon to be held this Saturday at the Aroa site. PHOTO: ScottieT Photography/18050430/18050431

Local triathletes are gearing up for the final event of the year.

Roland Neururer will be gunning for his 10th successive Tinman Triathlon men’s title this weekend.

The top local triathlete has been winning the national race since 2010 and will again be the man to beat.

The 38th Tinman Triathlon which is the final triathlon event of the year has a brand new course of 1200 metre swim, 31.2 kilometre cycle and 10km run. It will be held at the Aroa site, next to the Rarotongan Hotel, at 1.30pm.

In the women’s competition, a new champion will be crowned. Harriet Browning, who won the 2019 event in a time of 2 hours 6:35 minutes, is not competing as she has left the country.

However she is likely to face a tough challenge from the likes of Sherid Carter and Lucy McDonald.

In the team’s event, Malaga Wine, the winner of the women’s triathlon team’s competition, look strong but they will need to bring their top game in order to claim the title.

Leaving Muri lagoon, the competitors then cycled around the island before running 10km from the Sailing Club into town and finishing at the Banana Court with a well-earned drink.

The Cook Islands News reported there was a surprising interest in the race by the large number of spectators who lined the course and cheered the athletes all-round the island.

The winner of that first race was Paul McDonnell in a great time of 2.09.32 hours with Don Carlaw and Dave Hickson three minutes behind him.

The first female competitors entered the race in 1985 with Rangi Ngaata going on to become the first female winner in 2.40.29 hours. Fenny Smith, Lynnsay Francis, Mona Henderson and Bernie Raffe are all previous winners with Kelly Pick breaking the women’s record in 2011 with a time of 1.53.43 hours.

After 10 teams competed the first Tinman, team racing really took off and the late eighties saw huge participation from the community with over 20 teams competing one year.

The fastest team time dates back to 1990 when Bret Gibson, Richard Williams, and Tim Martin set a cracker time of 1.47.12 hours.