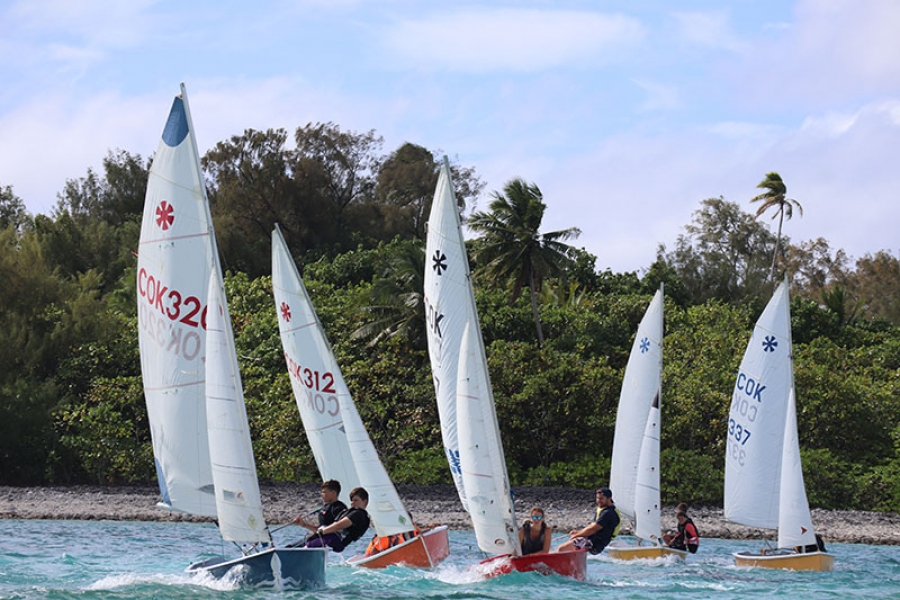 It was family business this weekend as Rarotonga Sailing Club and Sailing Cook Islands contested the National Sunburst Championships at Muri Beach.

The weather was perfect sailing conditions with sunshine and a moderate breeze, rising through the afternoon.

Eleven adults and seven children in nine boats vied for the honour of fastest sailors in Cook Islands. And although the competition was strong, 2019’s champs took home the trophy a second year in a row.

Edwards said: “It’s always good to win and I am glad we managed to keep the title for the second year in a row.”

Edwards and Cooling had to fend off veteran sailor Peter Heays, who teamed up with 13-year-old Manu Moore to comfortably took out second place. School friends Max McDonald and Sheldon Milner grabbed third place, just in front of fourth place.

This year seven children took part in the championships.

While some of the crew were veteran sailors teaming up with young sailors, there were also some family combinations including siblings Grace and George Newman-Holt, and father and son Gareth and Phoenix Clayton.

Edwards said: “It is awesome seeing so many youth and new sailors on the new course all giving it a go. We need to encourage more of that.”

The Sunburst, which is a 3.5 metre yacht, usually has two crew members and is a popular class of boat for beginner sailors.