Rising stars from the grassroots 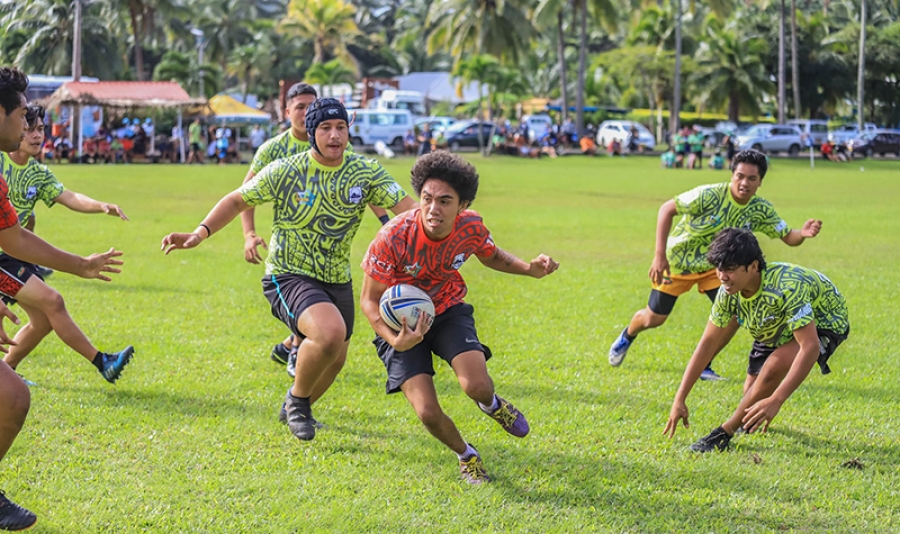 The Bluesky Rising Stars Championship is a grassroots approach in an effort to maintain netball and rugby in the school curriculum, says secretary general of Netball Cook Islands, Ngere Puia-Fraser.

Puia-Fraser said that netball and rugby competitions are usually orientated towards the village clubs, adding she endorses the fact that the schools now have an opportunity to challenge and compete with each other too.

“It doesn’t matter if its club teams or school teams, the passion for the sport has always been there,” Puia-Fraser said.

Cook Islands Rugby Union development manager, Ben Koteka, said it was great to see all the young ones running around, keeping active and showing their talent in a competition specifically designed for them.

Koteka added that there are definitely a lot of potential stars they have witnessed in the past two rounds of championship competition on the field and the court at Raemaru Park.

Koteka said he is grateful to be a part of this wonderful initiative that supports sports in the schools in Rarotonga.

Koteka also thanked tournament director, Jackie Rongo who earlier compared the championship to a jigsaw puzzle where the people in the community could come together to support their children.

In the first week of the championship, Rongo commended the students for their eagerness to play their hearts out and represent their schools with pride.

George George, the key brands manager of one of the sponsors CITC, said “it’s an absolute blessing to have so many sponsors getting behind this event which we have never seen before from larger businesses”.

George said he hopes the students can understand all the support and money that has been gathered to benefit their sporting futures which is something that was not made available for the previous generations.

He said the best part of the championship is that they “are seeing the students develop their skills and new players who have never played before discovering their hidden talents”.

George added the recent games have been great and in particular the netballers who have been playing hard on the court in their professional netball uniforms and gear.

“You can see the students are really loving it,” said George.

The championship which features age group competition in 11 and under, 13U, 15U and 17U for netball and rugby will be held every Friday at Raemaru Park and Arorangi netball courts.