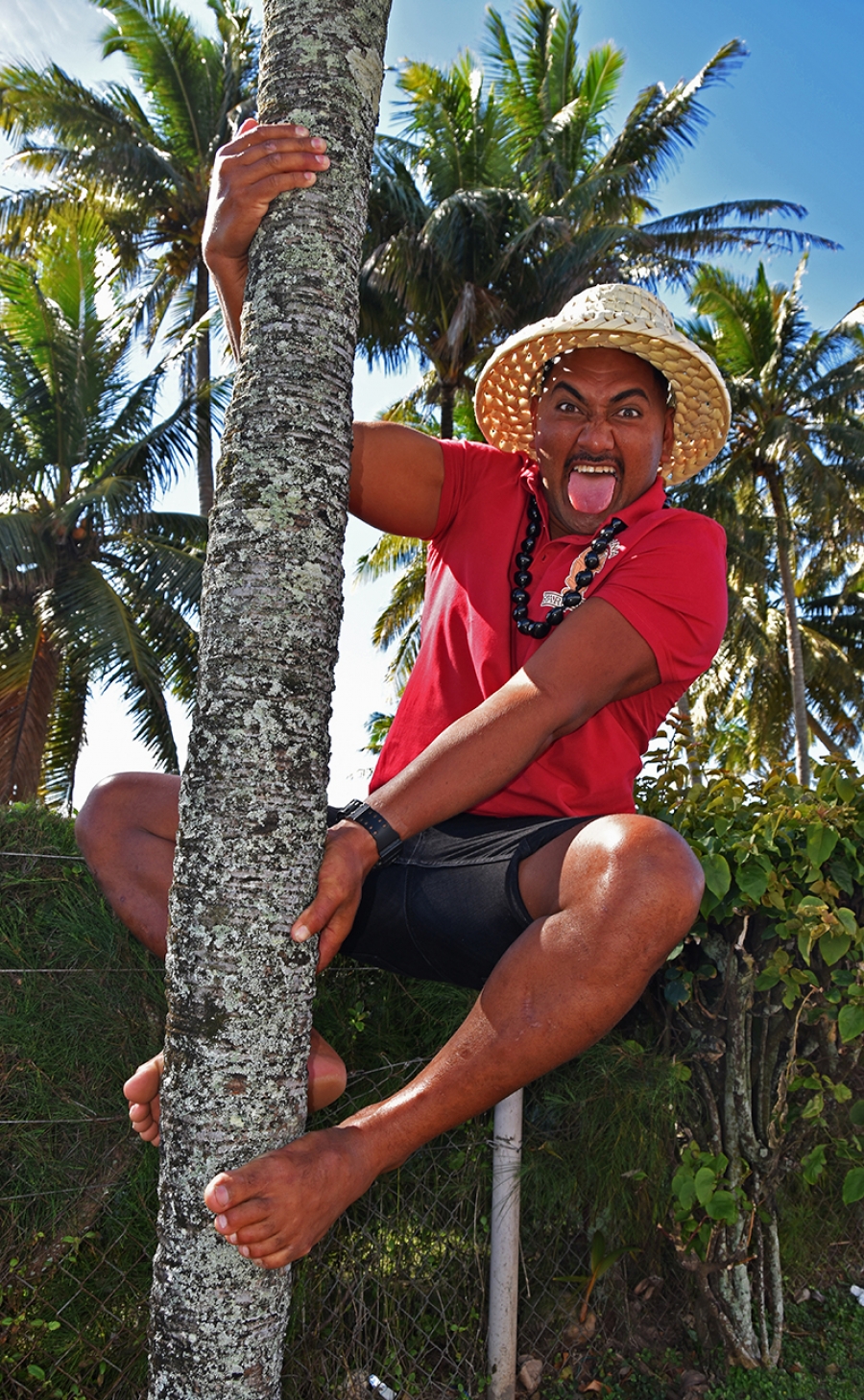 He’s a world champion whom nobody has heard of.

The first-ever international title-holder in the sport of coconut tree climbing, Johnny Iona George left the country yesterday to defend the title he claimed two years ago in Tahiti.

The Nassau native is determined to become back-to-back champion in his unique sport. “Coconut climbing is part of our culture so no one really cares about someone who has a world title in this,” said George, also known as “Captain White Chocolate”.

“For me it’s an honour to hold this title and to have a chance to retain this. I’m proud to play a part in promoting our culture.”

“After coming back from the competition in 2017, I started eating a lot and went to Australia where I gained some weight,” he said.

“I have been training hard since and lost about 22 kilos. In the 2017 event, I was 85 kilos and now I’m about 75 kilos and that’s good because I’m lighter now and this should help me with my speed climbing the coconut tree.”

Alongside George, local warrior Ngametua Mamanu will compete in the coconut climbing competition.

The duo will later team up with Viani Tixier and Mania Clarke-Mamanu to compete in the fruitbearer competition in which participants run a three kilometre race carrying 15kg of fruit. Viani Tixier said they were excited to go up against Samoa, Hawaii, New Zealand and hosts Tahiti. “We hope to compete in rock lifting, wrestling, copra and javelin or spear throwing.”

For George, his only focus is retain his title – and finally getting the credit due a world champion.