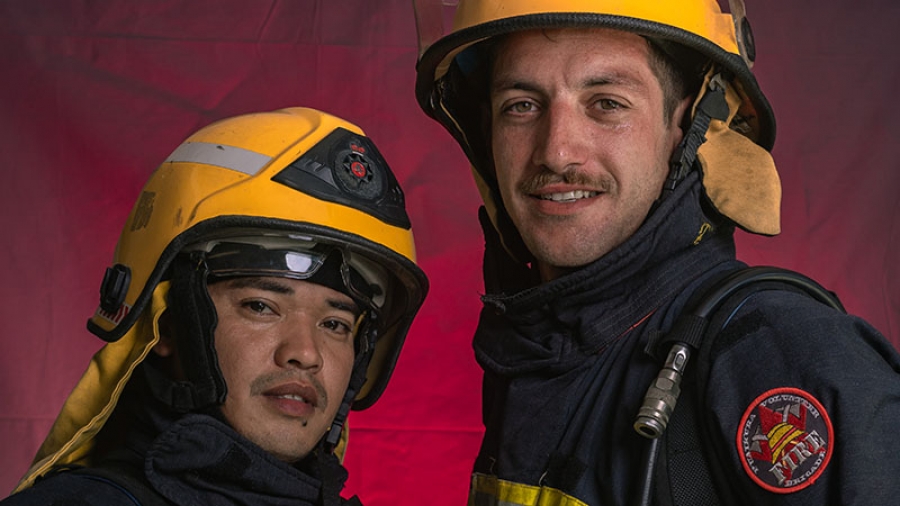 The first event of this year’s Round Rarotonga festival – the Nutters Run –will be held this afternoon.

If you are taking on the challenge, you may even spot two firefighters tackling the course alongside you.

Jacopo Dozzo and Danilo Reyes from the Puaikura Volunteer Fire Brigade are using the event as a chance to not only train for next year’s Firefighter Sky Tower Stair Challenge in Auckland but to also raise awareness of the work firefighters do in the community.

The Firefighter Sky Tower Stair Challenge is held annually to raise funds for Leukaemia and Blood Cancer New Zealand and sees competitors take on 51 flights of stairs and 1,103 individual steps up the tallest building in the southern hemisphere.

“Last year myself and Kerry Driver had the idea to raise a bit of awareness on the island about the Sky Tower challenge but to also use it to train as we obviously don’t have anything taller than a coconut tree here in Raro,” Dozzo said.

Taking on the race dressed in full gear, including helmets and their breathing apparatus’s, Dozzo said last year the hardest part of the Nutters Run was the heat.

“I have been training for this for the last three months up the hospital hill with my breathing apparatus and boots to get myself ready. The biggest challenge again will be wearing the gear, but we are firefighters and we love a challenge.”

For Dozzo, who has been a member of the Puaikura service for the last three years it has fulfilled a childhood dream.

“I have always wanted to become a firefighter since I was young back in Italy. When the opportunity came here to join, I took it right away. I love it because we help people, I also love to help the community that has welcomed me.”

This year’s Nutters Run will also bring plenty of emotions for Dozzo and Reyes after the recent passing of the brigade’s former chief Barry Hill.

“Barry was great, he is the one that welcomed me into the brigade and I am forever thankful to him for that.”

Registrations for today’s Nutters Run will be begin at 3.30pm opposite St Joseph’s Church in town before transport to the start line in Vaimaanga leaves at 4pm and the race starting at 4.30pm.

Team registrations are still open for tomorrow’s Round the Rock Relay which starts at Ngatangiia field in Muri at 3.30pm. A sausage sizzle will be available at the race conclusion, kindly provided by Toa Petroleum, Prime Foods and Turoa Bakery.