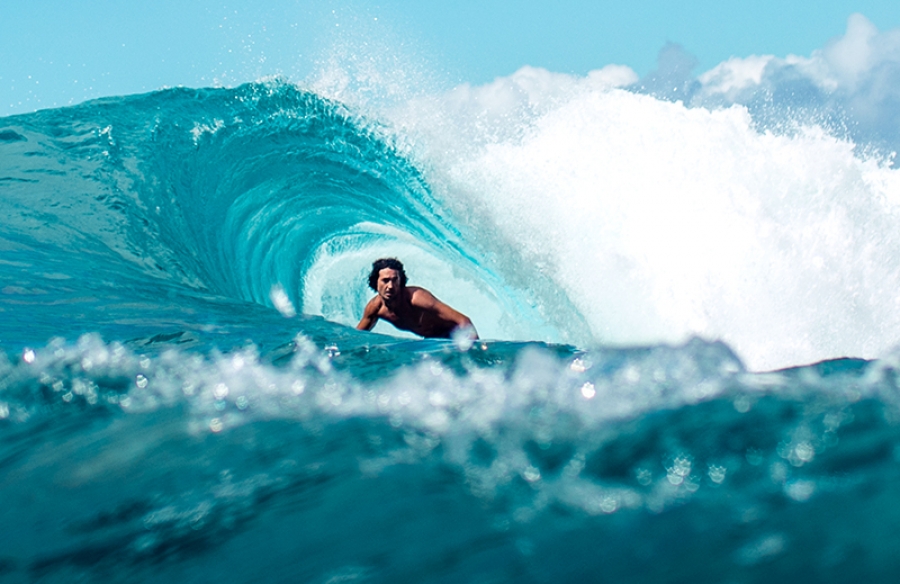 Surfer Donald Hallin showcases his skills on his home break at the Social Centre in Nikao last year. Yesterday a 50 year old man got injured while surfing there. Picture: CHARLOTTE PIHO/19012307

The weather office is warning people to exercise caution during this wet, windy and cold conditions.

A 50 year old man had a “narrow escape” yesterday when he suffered a blow to the head while surfing at Nikao.

Police and ambulance were called to the scene and the man was taken to Tupapa Outpatient Clinic for treatment.

Pitt said the man was retrieved from the reef off the Social Centre with the help of others, who were also surfing.

“He was concussed as a result of the tumble, sustaining head and other injuries. He was conscious upon their arrival soon after midday and taken to Tupapa by ambulance for medical treatment,” Pitt said.

“Although stable, the man was expected to be admitted for observation.”

Yesterday the Cook Islands Met Office warned Rarotonga residents to exercise caution when going out for a swim or surfing.

Chief weatherman Arona Ngari said they have warned people against surfing in the current weather condition.

The weather might be providing some good waves for surfers to catch and ride but it also posed danger due to shallow reefs, he added.

Ngari said the anti-cyclone condition situated south of the Cook Islands was responsible for the wet and windy conditions.

“Temperatures are also expected to plummet by five degrees.”

Meanwhile the wintry weather has perhaps helped dampen the number of incidents reported to the police over the weekend, with a relatively low number of complaints filed.

Trevor Pitt said two minor disputes in town were attended to on Saturday night and two motorbikes were reported stolen – one from outside Club Raro in the early morning of Saturday and the other at Cook’s Corner on Friday night.

“Police also attended to complaints of trespass, a wandering pig, and a domestic concern. Six people were forbidden from driving in the early hours of Saturday.”