Tuesday 2 March 2021 | Written by Supplied | Published in Other Sports 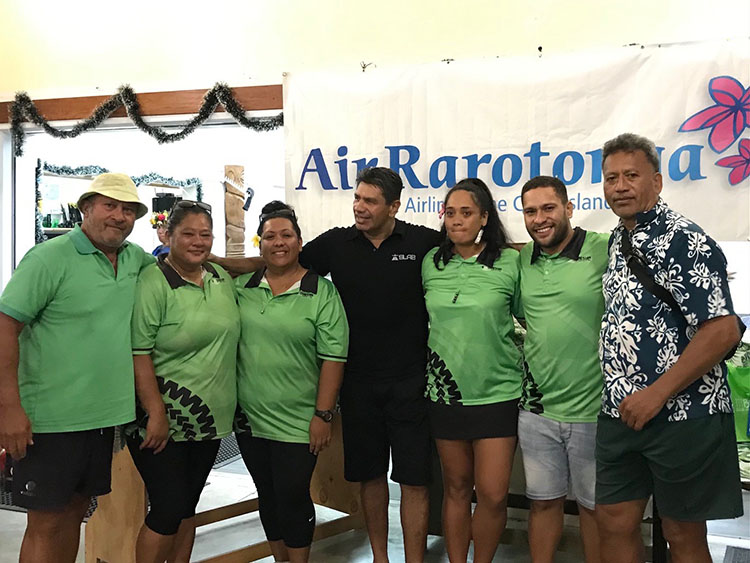 Business House Golf (BHG) wrapped up its 2020/21 season last Friday night at the Rarotonga Golf Club after 11 rounds and a grand finale.

The annual event started over 40 years ago supported by sponsorship from various local businesses.

This season registered 42 teams from businesses, government departments and syndicates. The majority of the teams are regulars that have been involved for a number of years and to name a few with their captains: Air Rarotonga – Ned Howard, Michigan Motors – Phillip ‘Ipa’ Urlich, Pyramid Friends – Sir Tom and Lady Tuaine Marsters, Te Mana Arai (Customs) – Ngapoko Ngatamaine and Vonnias – George George.

After 11 rounds, teams were ranked with the bottom 21 playing their final round on Thursday and the top 21 teams playing the grand final on Friday. The top teams were battling it out for six return airfares to Aitutaki proudly sponsored by Air Rarotonga. Through-out the season, three teams consistently stood out – Green Machine, Vonnias and Air Rarotonga.

Green Machine not only walked away with 2 x six return airfares to Aitutaki sponsored by Air Rarotonga but also entered the record books as the first team in the history of the competition to win the double banger – overall champion and the grand finale winner.

Arthur Pickering, the chief executive of Polynesian Rentals (Green Machine), dedicated their winnings to the late Pastor Eliu who was an original member when Green Machine team formed many years ago.

Other winners on the night were two ‘hole in one’ this season, Joe Daniel of Top Shape Fitness and Sharon Katoa of ANZ Bank team. Most eagles was a tie between SLAB and Vonnias, Air Rarotonga finished second while third prize went to Pyramid Friends and Firebirds.

Green Machine claimed the most birdies prize followed by Vonnias (runner-up) and third place going to Air Rarotonga, My Bad, My Wet Dreams.