Fire in their belly 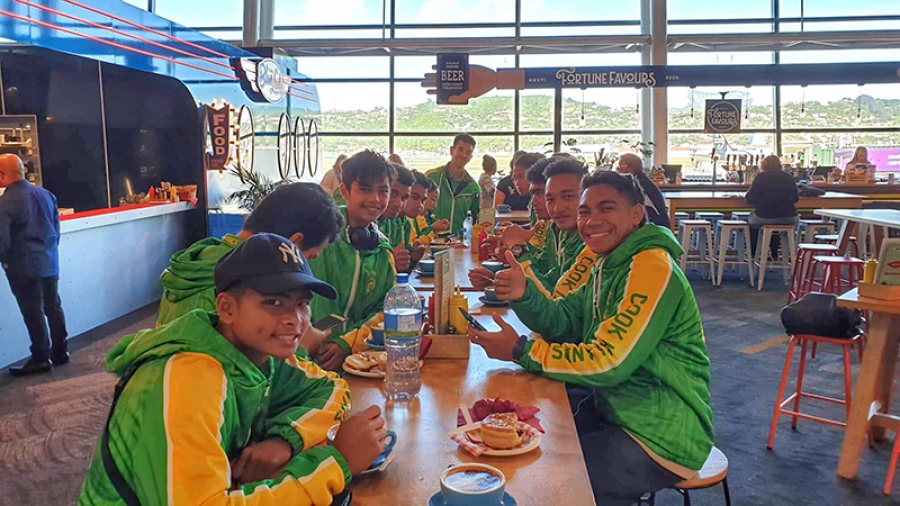 The team was made up of eight athletes from Rarotonga and two from Mangaia, accompanied by head coach Thomas Henderson and manager, former Olympian Patricia Taea.

Henderson upon their return, was full of praise for the athletes, both debutants and second-time competitors.

“In my opinion this the most successful competition in terms of our junior athletes development on top of our experienced athletes. We managed to bridge the gap between our Cook Islands athletes and New Zealand,” Henderson said.

“Our sprinters in particular are all within a second of their Kiwi counterparts which goes to show their hard work and training and our newly implemented development programme is already showing results.”

Daniel Tolosa was a stand-out across his events, most notably reaching the semifinal of the hotly-contested 100m and notching up two personal bests in the process.

“Daniel had a great first competition, and reaching the semifinal of the 100m against some very talented athletes goes to show his potential,” Henderson added.

“He could have well made the final, if it wasn’t for a foot injury that we later discovered a day after the event as a fractured toe.”

Jorelle Taringa in her first ever overseas competition finished her 100m event, 0.9 seconds away from progressing to the quarter finals.

“What was so pleasing about Jorelle and her 100m time was the hour delay she faced due to an incident at the competition. She remained calm and composed and showed a lot of maturity in the process.”

Poila not only moved into the senior category for the first time but also finished in the top eight in both shot-put and discus.

As part of the development of youth athletes in the Cook Islands, Henderson said the event once again was crucial to building their skills and experience.

“After the three days of competition finished, you could see how excited our first-timers were at what they can achieve at next year’s event.

“Most of them wanted to get back into training when we returned home which as a coach is awesome to see, especially that kind of enthusiasm.”

Athletics Cook Islands again wishes to thank the wider community both here in Rarotonga but also in Mangaia for their generous support of our athletes.

The squad will take a break from training over the festive season before working towards competing at next year’s Polynesian Championships to be held in Tonga in May.