Coach puts a ring on it 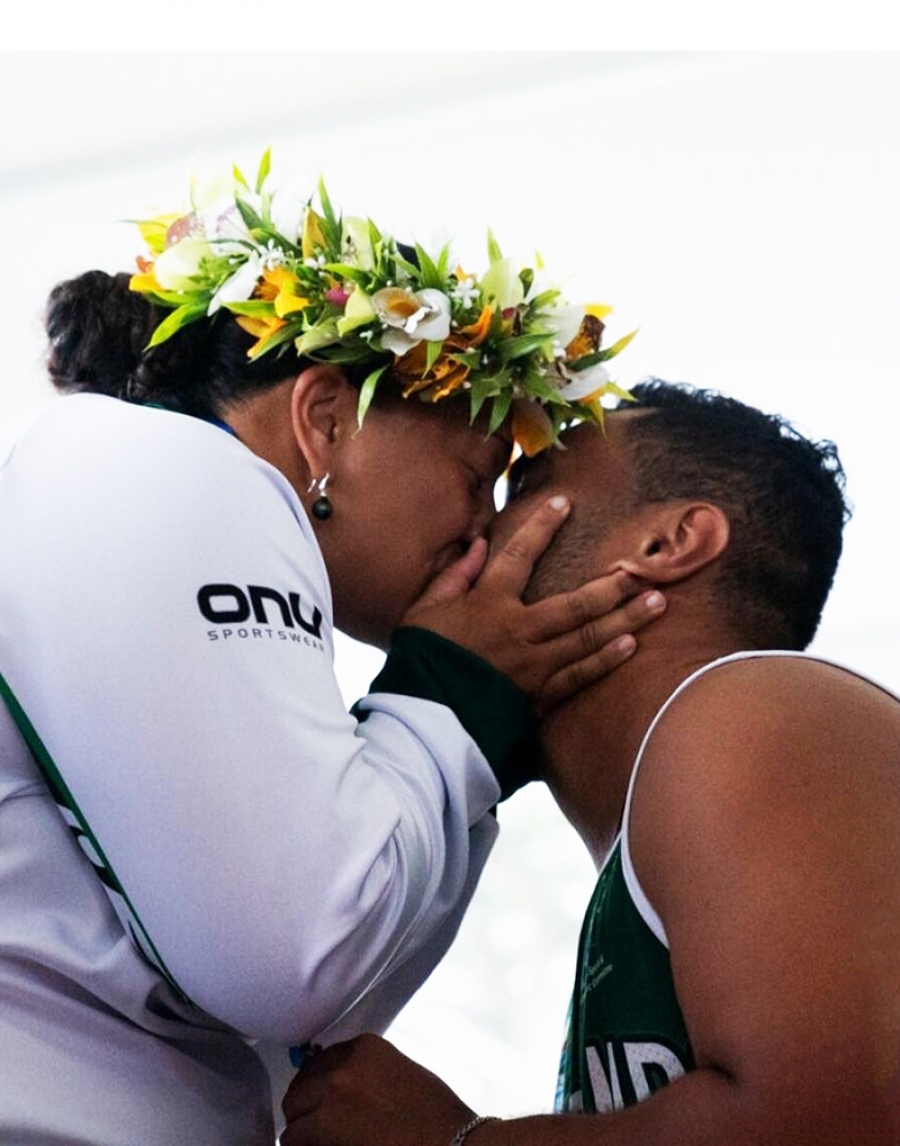 Vaka captain Emilene Taulu received not one, but two glittering new reminders of her time in Samoa.

It was a wet and windy Saturday in Mulifanua, on Upolu’s west coast. The V6 women’s marathon team had just claimed bronze, when partner Tupuna Amo asked her to marry him.

“I thought it would be quieter, and definitely not in front of everyone,” laughed Taulu.

Following a stirring haka performed by Taulu’s teammates at the ceremony, Amo stayed kneeling – and proposed.

“It’s lovely, I’ve been waiting for ages and now I’ve got a bronze medal and a ring,” said Taulu, after saying yes.

She had a hunch that Amo, who is also in Samoa in his capacity as the men’s va’a coach, would pop the question while they were together in Samoa.

“He kept asking me about the size of my rings, so I thought he probably would propose when we were on holidays.”

In the gruelling 24km race, her team managed to close a five-second gap between them and third placed Fiji, to eventually snatch the bronze medal. New Caledonia took second, and Tahiti added another gold medal to their already impressive tally. They are currently placed atop the standings, with a total of 55 medals won in the first week of the Games.

The first week of competition at the Games was a very successful one for Team Cook Islands, who managed to secure a total of eleven medals, including two golds, over the course of the week.

Swimmer Wesley Roberts claimed gold in the men’s 200m freestyle event, and the men’s lawn bowls fours won their final against a strong side from Norfolk Island.

Our women’s rugby league nines team claimed bronze in the Games’ maiden event and we grabbed three medals in va’a.

At the start of the second week of competition at the Games, the Cook Islands sits fourteenth on the medals tally, ahead of far bigger nations like Tonga and American Samoa.

Athletics, three-on-three basketball, netball, and touch rugby all begin this week, while football, sailing, and tennis will all continue competition.