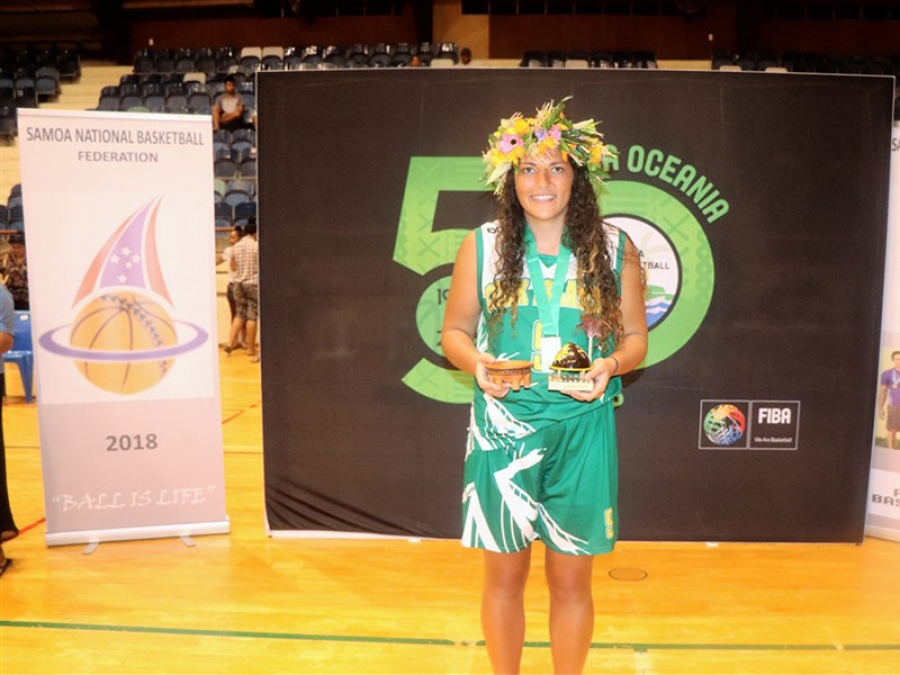 Keziah-Brittany Lewis will be a key player for the Cook Islands basketball team in the Pacific Games to be held in Samoa next month. 19062309

After missing out in the 2011 and 2015 Pacific Games, the Cook Islands women’s squad is making an anticipated return in this prestigious quadrennial sports joust.

The Cook Islands made it happen after their masterful gold medal run in the 2018 FIBA Polynesia Cup.

Their return, however, will be a baptism of fire against reigning Pacific Games champion Fiji, host Samoa together with Guam, New Caledonia, American Samoa, Papua New Guinea, and Polynesia Cup bridesmaid Tahiti.

The Cook Islands did not only barge into the Pacific Games but instead, it entered by storm.

Announcing their arrival in style, Cook Islands completed a sweep of the Polynesia Cup by a dominant winning margin of 39.4 points.

The team started its conquest against Samoa before also making quick work of Tahiti, 53-35 and American Samoa, 92-27, in the group stage.

Then, it extended its unchallenged run in the semi-final with a massive 92-44 victory against American Samoa before repeating against Tahiti in the final, 91-58.

The key players in the team are Keziah-Brittany Lewis, Terai Sadler, and Adoniah Lewis.

Leading the charge for Cook Islands’ unbeaten Polynesia Cup run was tournament Most Valuable Player (MVP) Keziah-Brittany behind her average of 18.5 points, 5.3 rebounds and 3.3 assists per game.

In this Pacific Games, the 23-year old once again will be tasked to banner the squad together with her scoring partner Sadler who normed 12.3 markers, 7.5 rebounds and 2.8 assists per game.

However, do not expect them to be just a simple 1-2 punch duo as Adonia is also tipped to wreak havoc from the background especially after lighting up the Polynesia Cup with 13.0 point, 3.2 rebounds, 1.8 assists and 1.8 steals per game.

With how it rammed its counterparts with ease in the Polynesia Cup, Cook Islands is definitely one of the teams to beat in the Pacific Games.

The team’s 39.4 points winning margin in the Polynesia Cup speaks volumes about the caliber of its squad so make no mistake, expect its sound to be still felt and heard by the Pacific Games challenger including the reigning titlist Fiji.