Basketball a step away from medal win 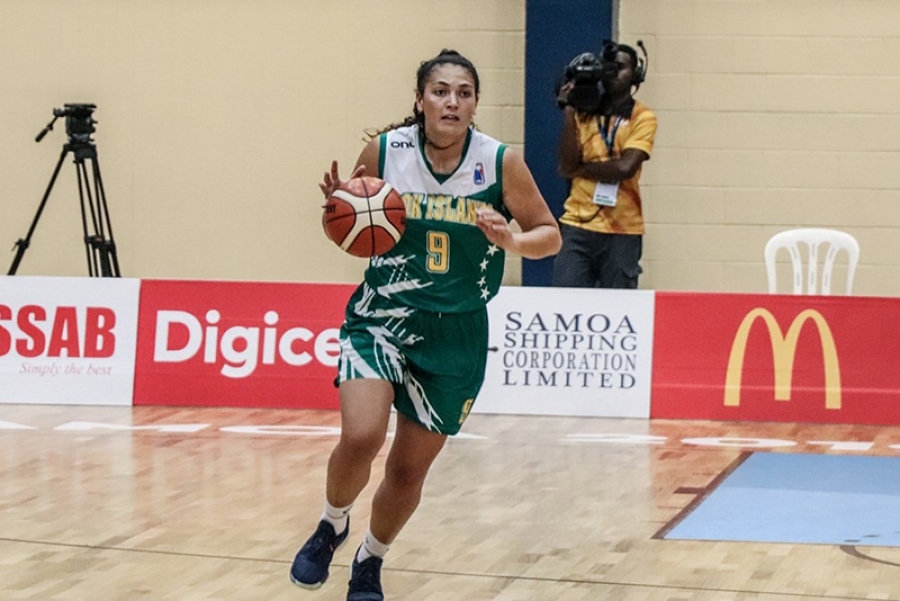 The women’s 3x3 basketball team remains in the run for a Pacific Games medal after beating Samoa in the quarter-final last night.

THE Cook Islands womens three-on-three basketball team’s tournament is not over yet, with the team managing to hold on in their quarter-final match against hosts Samoa, played last night at Faleata, Samoa.

It is the first time the three-a-side version of the game has been played at the Pacific Games. It was a strong start to the tournament for the women, who were looking to make up for a disappointing campaign in the five-a-side tournament, which ended earlier this week.

The Cook Islanders came up against the Solomon Islands in their first match, dominating their opposition to come away with a 21-5 win.

It was a much tougher game in their next match-up, with the team coming up against a strong Fijian outfit. The Cook Islanders gave it their all, but unfortunately went down 8-10 in what was a relatively low-scoring affair.

The second day of competition saw the womens team play Kiribati in their first match of the day. The Cook Islanders proving too strong for their opponents, winning the game 21-2.

The team then had a much-needed break, before taking on hosts Samoa in the quarter-final.

The quarterfinal was tit-for-tat, with neither team separating themselves for most of the game. However, standout Keziah Lewis hit a clutch two, putting the team up by four with less than a minute remaining.

It was also a strong game from workhorse Terai Sadler, who dominated the boards. The Cook Islands wound up 10-7 winners, booking themselves a spot in the semi-final.

Meanwhile, the mens three-on-three basketball team’s tournament has come to a premature end, with the team failing to make the quarter-finals. The team recorded a win against a tough Papua New Guinea side in their first match, beating them 20-19.

The mens side then met Marshall Islands in their second game, going down by just four points. The final score was 17-21.

The Cook Islands took on a dominate Tahiti in their final match of day one, being outclassed by our Pacific neighbours 6-16.

Day two started off how day one finished for the men, with the team going down 17-22 to New Caledonia, in what was effectively a must-win game for the Cook Islands.

The national side took on Samoa in their next game, the hosts proving too classy for the Cook Islands, winning the game 17-7 and ending the mens campaign at the 2019 Pacific Games.

The womens side will take on either Tahiti or the Marshall Islands in this morning’s semi-final. The match between these two teams was underway when this edition went to print last night.