Athletes impress at the Games 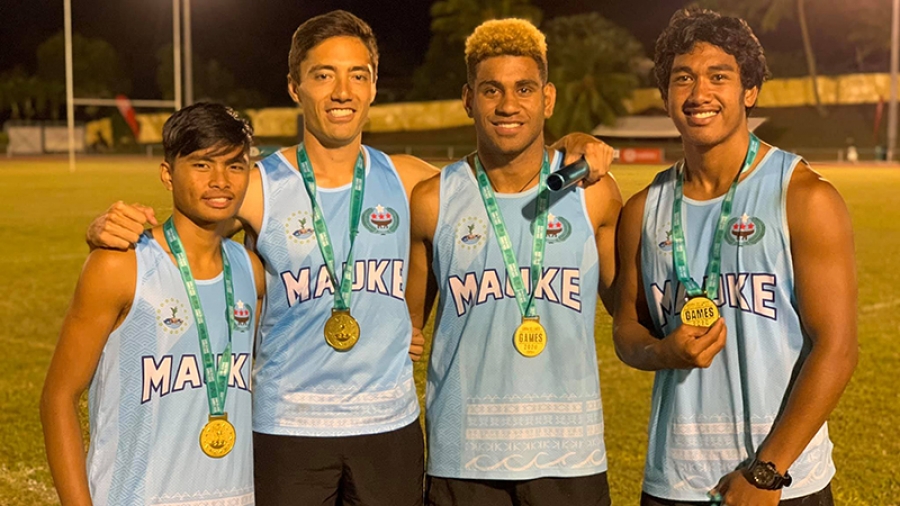 Regional middle-distance champion Alex Beddoes was impressed with the level of competition from upcoming athletes at the Cook Islands Games.

He may have also set a couple of national records but Athletics Cook Islands is yet to confirm the new times.

In the 200m sprints, Beddoes who clocked 22.10 seconds finished behind Aitutaki’s Peniasi Dakuwaqa, who clocked 21.42s.

“There’s a lot of talent coming through the ranks and that’s quite promising (for Athletics Cook Islands). It will be pretty exciting next two years to see how they do in their career,” said Beddoes, who is the Pacific Games 800m and 1500m champion.

“I think it’s also good to see all the families come together, there were children, their parents and in some cases their grandparents all coming together and competing which is pretty great.”

Personally, Beddoes said the Games was a good preparation for the Tokyo Games which has been rescheduled for July 2021.

“There was some tough competition especially from the Aitutaki runner (Peniasi Dakuwaqa) in the 200m sprint. I actually knew there were some fast runners but I entered sprints event just to work on my speed.”

Athletics Cook Islands president and meet manager Erin Tierney-Quirke hailed Beddoes for competing in the 200 and 400m races instead of his favoured 800 and 1500m middle distance events.

Tierney-Quirke was also pleased with the performance from the participating islands and their athletes.

“We had some good races especially in the 800m and 1500m where our national development athletes did well against some senior island reps,” she said.

“We are extremely pleased with the event, we also managed to trial our meet manager software where we can upload the entries and results instantly on this online app.”

Tierney-Quirke thanked the athletes and especially the volunteers for helping them run the athletics event.

The organisers were compiling the results and medal tally when this edition went to print last night. Team Aitutaki was leading at the start of day 10 yesterday.