Wednesday 20 May 2020 | Written by Rashneel Kumar | Published in Netball 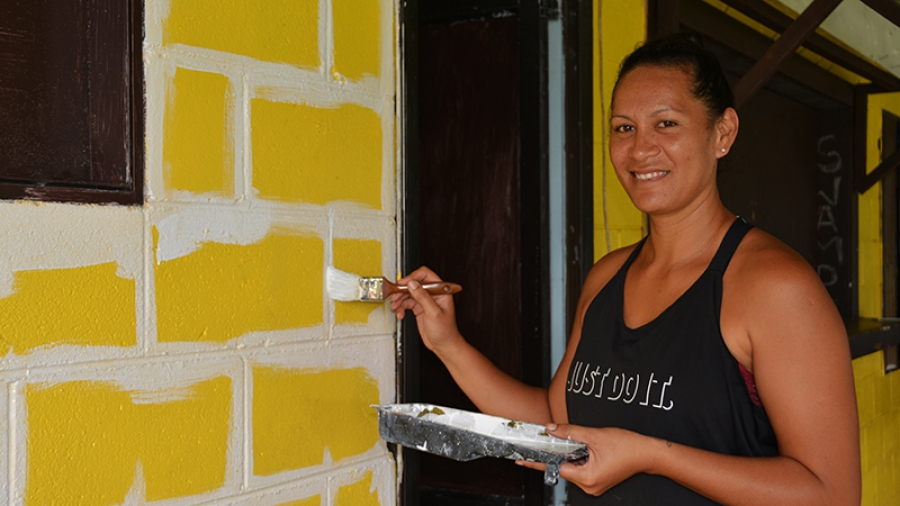 Four-way battle for the Sportswoman of the Year award.

Luciana Nicholas faces a tough challenge for the Sportswoman of the Year title at this Sunday’s Cook Islands Sports Awards.

But the veteran netballer is not too concerned about that.

Winning the top award will be a bonus, says Nicholas, who was Team Cook Islands’ flagbearer at the 2019 Pacific Games in Samoa.

She will be up against Matanoko McDonald (weightlifting), Kirsten Fisher-Marsters (swimming) and Jane Nicholas (slalom canoe), who are the other nominees for the awards to be held at the Edgewater Resort and Spa.

Luciana, one of the country’s most capped netball players, skippered the Cook Islands Black Pearls team to a historic gold medal win at the Pacific Games last year.

“I’m the only one from the team sport nominated for this award so it will be tough given others come from individual sports. I wouldn’t mind if it went to any of them because they had to work harder considering they have to put in solo effort to achieve everything they have.

“If I win the award, I would owe is more to the team than to myself. Everything I have achieved individually as a player wouldn’t have been possible without the motivation from my teammates. They were wanting the same thing so it made it easier to achieve our goal.”

Luciana will probably be the only nominee present at the awards. The others are based overseas and cannot fly to Rarotonga due to Covid-19 related travel restrictions.

McDonald has been weightlifting since a very young age and has represented the Cook Islands at the 2019 Pacific Games in Samoa.

Fisher-Marsters, who considers herself a “water-baby”, won medals at the 2019 Arafura Games. She was also selected to represent the Cook Islands at the Pacific Games in Samoa, before being forced to withdraw due to eligibility rules.

New Zealand–based Jane Nicholas has qualified to represent the Cook Islands at the upcoming Olympics Games. She also achieved some superb results at domestic and international meets in 2019.

The sports awards which recognises and rewards the achievements of Cook Islands players and athletes from the 2019 season was initially supposed to be held on April 26.

It was postponed to a later date following the Covid-19 pandemic which led to restrictions on gathering imposed by the government.

Earlier this month, Cook Islands Sports and National Olympic Committee confirmed the new date after government relaxed some of the restrictions.

Committee general secretary Owen Lewis said the sports awards would celebrate the resumption of sporting activities after the Covid-19 lockdown.

Sports Team of the Year and Sports Achievement of the Year make up Section B while Section C will comprise technical awards including administrator and coach of the year.