‘Every young girl’s dream to represent their country’ 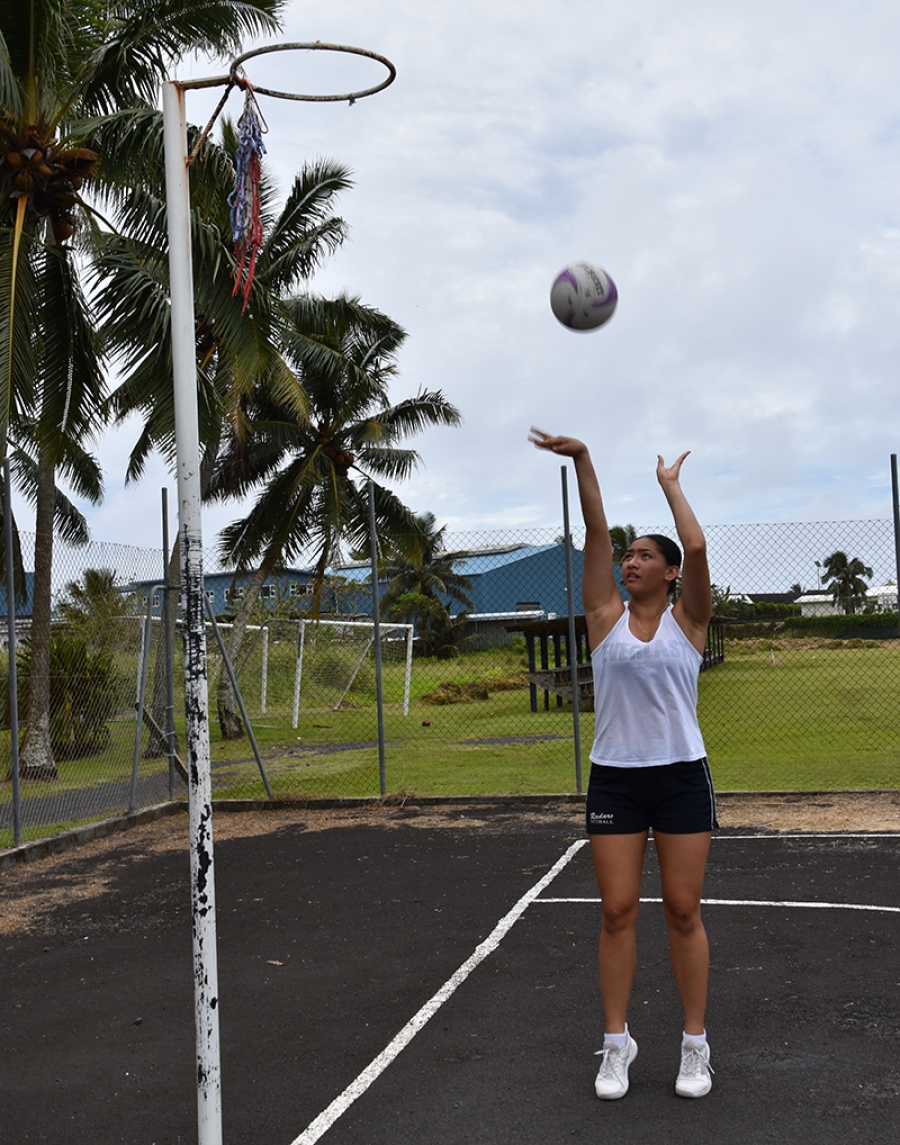 Eighteen-year-old Chantelle Tikitau just wants to get her feet back in the Cook Islands Under-21 netball squad.

The determined youngster, who last played for her nation in 2017, is back from Cairns, Queensland, to participate in this week’s trials.

She arrived with her mother Maara to prepare for three days of netball trials at Raemaru park.

Tikitau loves everything about netball. “I love that it gives an opportunity to travel the world, meet new people, see how they train, I just love the game in general.”

Number six in a lineup of 10 kids to parents Maara and Tony Tikitau, she would watch her sisters play netball and finally took up the sport at the age of 11.

“My netball idol is definitely my Mum,” she says. “My family has been helping me to stay on track, to eat right, train right, train hard; and just the support system around me that I’ve had for all these years has been great.”

If there is anything she has struggled with in her training regimen, it would be food.

Tikitau was only 15-years-old when she first represented the Cook Islands in 2017; now 18-years-old, she has put in the hard yards in Cairns in preparation for the upcoming trials with: gym training, running, shooting, playing for clubs, regional teams and keeping on the move.

She’s tall. Her on-court positions are goal attack and goal shooter – and she likes to keep it simple: “The main priority is to get the ball in the goal ring.”

Maara is very proud of how much Chantelle has achieved in the sport: “She loves it, so we love it. I guess it’s every young girl’s dream to represent their country.”

Tikitau is a 16/U Cairns rep Player, Netball Qld Academy player in 2016, Cook Islands National 21 team to travel to Botswana, South Africa for the Netball World Youth Cup in July 2017, and the Black Pearls 2018 in Auckland for the World cup qualifiers.

Her long-term netball aspirations are to play in the netball league competitions and eventually Australia or New Zealand.

Cook Islands’ Under-21 trials start on Thursday, and the squad will then be named on Saturday.