A decade of dominance: Thrills and spills of junior athletics 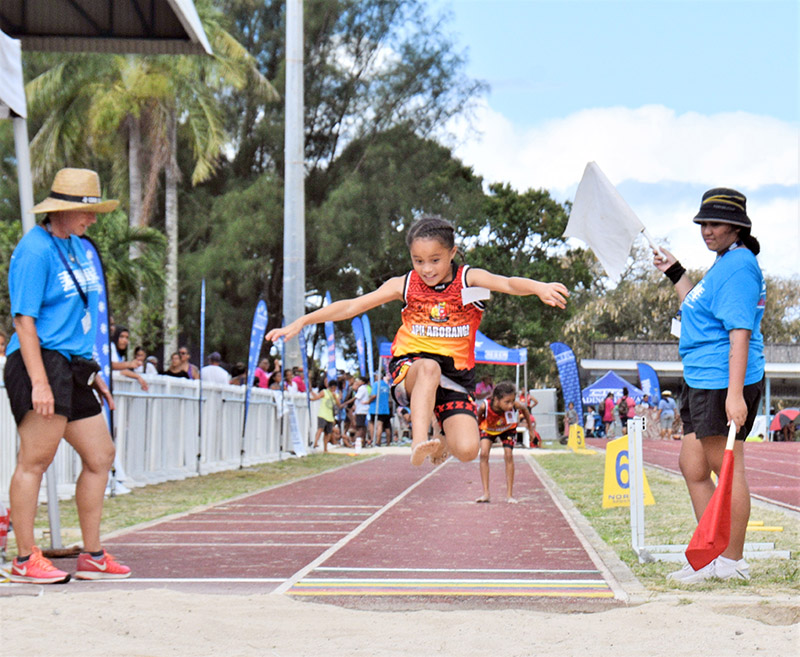 Apii Avarua has retained the Prince of Wales Primary Schools Athletics trophy for 11 years in a row after winning the 2021 edition on Wednesday at the National Stadium in Nikao.

Apii Avarua principal Engia Baxter complimented the school’s teachers for putting in the time to train the students who continue to dominate the local athletics scene at the annual event.

The parents and families of the students have also spent their own time with their kids after school coaching and supporting their children at the national stadium, said Baxter.

“Seeing the encouragement from the parents, grandparents and the community for the kids has been great.”

Although Apii Avarua has the largest primary school roll number on Rarotonga, “we do put in the hard yards and hard work to prepare for the Prince of Wales event,” Baxter said.

Apii Avarua dominated the athletic event with an overwhelming 893 points, followed by the second overall winner and hosts Apii Nikao with 563 points, and Apii St Joseph’s/Nukutere College with 455 points.

The 2021 Prince of Wales Primary Schools Athletics Awards are as follows: Apii Nikao placed second overall in the Prince of Wales Primary Schools Athletics competition, the trophy was awarded by the Minister of Sports Vaine (Mac) Mokoroa. 21093023.