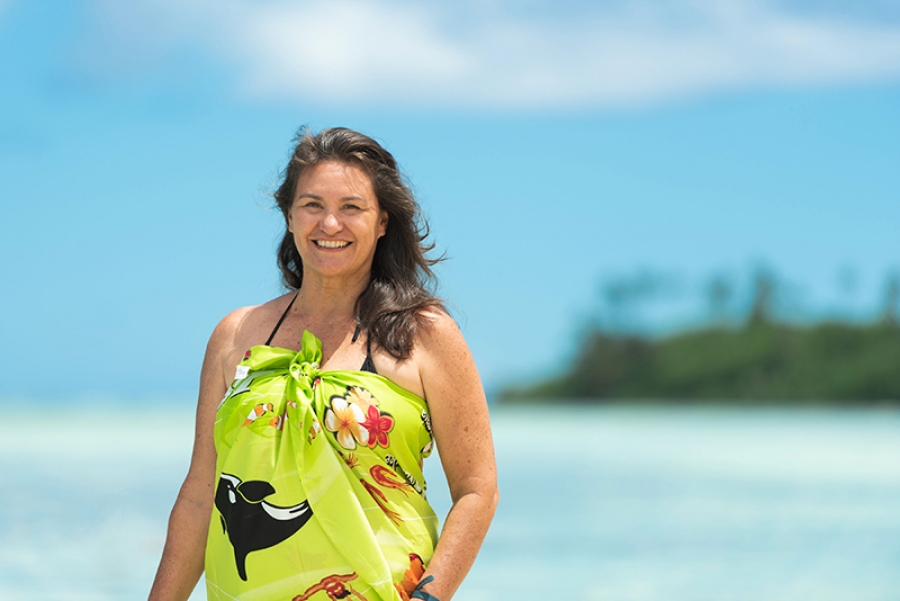 Marae Moana director Jacqui Evans has been awarded the Goldman Environmental Prize, which is also referred to as the Green Nobel Prize. 19042903

Jacqui Evans, who was this year recognised internationally for her work building Marae Moana, is being replaced as director of the marine park.

It comes just six months after Evans was named a winner of the prestigious Goldman Environmental Prize, described as the Green Nobel Prize.

This news comes amid robust local and international debate over the 10-year moratorium on seabed mining proposed last month at the Pacific Islands Forum.

Evans also declined to comment, except to say she and her employers “weren’t on the same page”.

The marine biologist and five other international environmentalists won the Goldman Environmental Prize in May. It comes with a cash prize for this reason because, according to organisers, most winners risk something – whether job security or personal safety – to stand up for the rights of the environment.

One of this year's winners, Chilean national Alberto Curamil, was jailed; the official line was that he committed a robbery, but sources say the action was motivated by his activism.
“The Prize recognizes individuals for sustained and significant efforts to protect and enhance the natural environment, often at great personal risk,” organisers say.

Evans, who spent her career working with international conservation organisations and government agencies, and for a time writing environmental stories for Cook Islands News, became involved with Marae Moana eight years ago.

She was consulting for Te Ipukarea Society at the time. In a series of meetings held throughout the pa enua, she and her team determined that 94 per cent of people surveyed wanted expanded protection for Cook Islands’ marine environment.

The law set up protected areas around each island in the Cook Islands, authorised two bodies of experts to regulate all ocean-related activity, and provided the foundation for further protection.

Since the legislation went into effect, Evans has been the sole employee of the Marae Moana Coordination Office.

She has worked on developing policy and regulations, identifying sustainable funding solutions, promoting and publicising the work her office does, and engaging a team to create a spatial plan that determines which industrial activities are permitted in which areas, among other work.