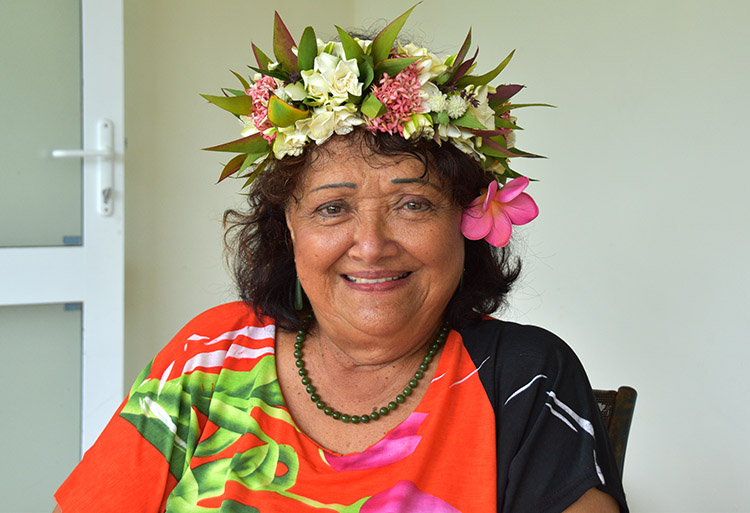 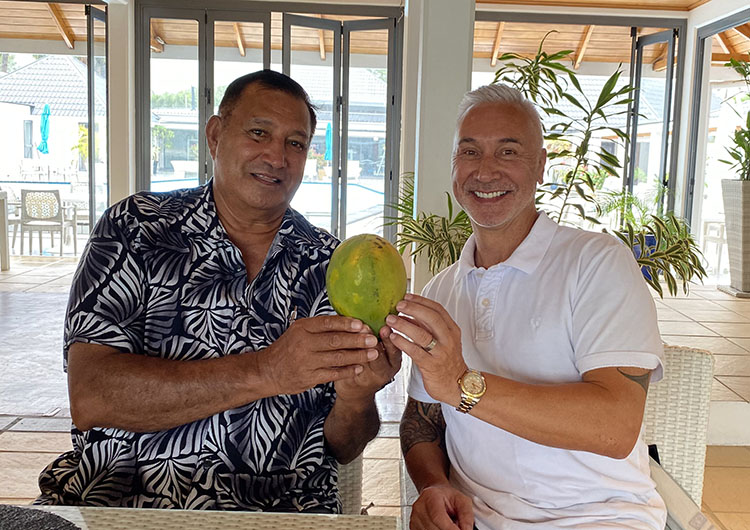 From chips to riches

Saturday 4: Deputy prime minister Sir Terepai Maoate has responded to the communiqué issued this week by the Group of Twenty Finance Ministers and Central Bank Governors (G20) calling for more cooperation between nations in sharing of information relevant to tax matters. Sir Terepai said that he welcomes this call for more transparency in the […]

Tuesday 7: A workshop for new school principals is being held this week by the Ministry of education in partnership with NZAID. The workshop is being held at the Avarua school library under the theme ‘learning for life – effective leadership’. The new principals taking part are mainly from the outer islands and include Mitiaro […]

Friday 3: Aitutaki vehicle owners were left queuing at Aquila Rentals petrol pumps (above) over the weekend as fuel was being rationed to customers due to a shortage caused in part a fuel pricing issue. Aitutaki businessman and MP Teina Bishop says although he has reopened his petrol pumps since a new price order took […]

Tuesday 7: It’s World Health Day today – this year’s theme focuses on the safety of health facilities and the readiness of health workers who treat those affected by emergencies. To commemorate the day this year, the World Health Organisation is advocating a series of best practices that can be implemented, in any resource setting, […]

Thursday 2: While the Rarotonga schools oe vaka programme wrapped up at the weekend with the CITC Vaka Iti Champions, junior paddling doesn’t end there. All three canoeing clubs on Rarotonga are still recruiting paddlers, especially for the junior category in the under 14, 16 and under 19 grades. The Vaka Iti Champions was a […]

Monday 6: Gorgeous girls, a dazzling show Anyone who bought a ticket for the Miss Cook Islands pageant on Friday night would have got their money’s worth. The six-hour show was jammed-packed with stunning dresses, gorgeous girls and extraordinary performances. The night was set to be special right from the opening number with Janet Dearlove […]

Tuesday 7: The first of a fleet of 28 canoes for the 2009 Pacific Mini Games – designed and built locally – was given a test run on Saturday with local paddlers giving the new fibreglass canoe a big two thumbs up. The prototype was christened ‘Patu’ and the brand name of the new boat […]

Tav's sashaying in Belgium this week

Thursday 2: Ellena Tavioni is showcasing 25 of her Tav’s creations this week at a music and fashion show in Belgium. Her colourful island-inspired dresses will be sashaying down the catwalk to the sounds of traditional Cook Islands music. She says she will be using this opportunity to secure international buyers and promote her country […]

Tuesday 31: Whoever wins on Friday night will not only be handed the illustrious title of Miss Cook Islands, but will also take home a brand new motorcycle. The Motor Centre in Panama donated a red Daelim City yesterday to be given to the winner. The $3600 motorcycle joins the growing booty of prizes which […]

Thursday 26: Emails are doing the rounds in search of answers to questions relating to recent shipping problems being experienced by some of the country’s importers. Importer John Scott has put forward 36 questions to the transport ministry which issues shipping licences. His questions range from the structure of the entities currently running the service […]

Tuesday 31: Financial secretary Sholan Ivaiti says government is still looking into how the proposed $3 million stimulus package for small businesses will be spent. Last week tourism minister Wilkie Rasmussen announced that government is now looking at scrapping the original plan and putting the funds directly into tourism. Ivaiti says from discussions with finance […]

Tuesday 31: New Zealand reality television show Celebrity Treasure Island is set to shoot its next season’s show in Aitutaki this May. Tourism minister Wilkie Rasmussen addressed the Aitutaki island council on Thursday, saying that this is just one of the events the island should benefit from this year. He told the council that tourism […]

Raro switches off and saves

Tuesday 31: Rarotonga residents did take note and ‘switch off’ during Saturday night’s Earth Hour. Te Aponga Uira’s Elma Marurai says that power station staff monitored loadings from between 8.30pm and 9.30pm, and they noted some drops in the feeders. With people being asked to switch their lights off at that time, TAU was hoping […]

Switch off for Earth Hour

Saturday 28 March: Rarotonga residents are being asked to ‘switch off’ tonight as part of Earth Hour 2009. Te Aponga Uira would like to encourage the public and businesses to switch off their lights for one hour, beginning at 8.30pm. Earth Hour 2009 aims to reach more than one billion people in 1000 cities around […]

Tuesday 31: National debt seems bound to grow. In meeting with the Democratic Party executive in Aitutaki last week, minister Wilkie Rasmussen revealed that government has been told that by 2014 the country will be in over $100 million in debt – in part due to the new $50 million soft loan from China. Rasmussen […]

Wednesday 1: Paerangi Mataiapo Moetaua Boaza and Puki Mataiapo Paiere Mokoroa are back in Atiu, after attending the 5th World Water Forum in Turkey late last month. The pair were overwhelmed by the forum which was attended by 12,000 people in Istanbul, and say that attitudes shown towards water by other indigenous people around the […]

Tuesday 31: This year’s dancer of the year competition has been delayed because of the number of activities happening over the coming weeks. The national junior and intermediate finals will now be held on April 30, not April 24 as first scheduled, while the senior finals will take place on May 7 – two weeks […]

Wednesday 1: Four teachers from Niue High School visited the trade training centre recently to check up on the transition programmes being run at the Arorangi facility. Principal James Poihega says they are interested in carrying out vocational training programmes at their school, and are keen to learn how the TTC operates, along with the […]