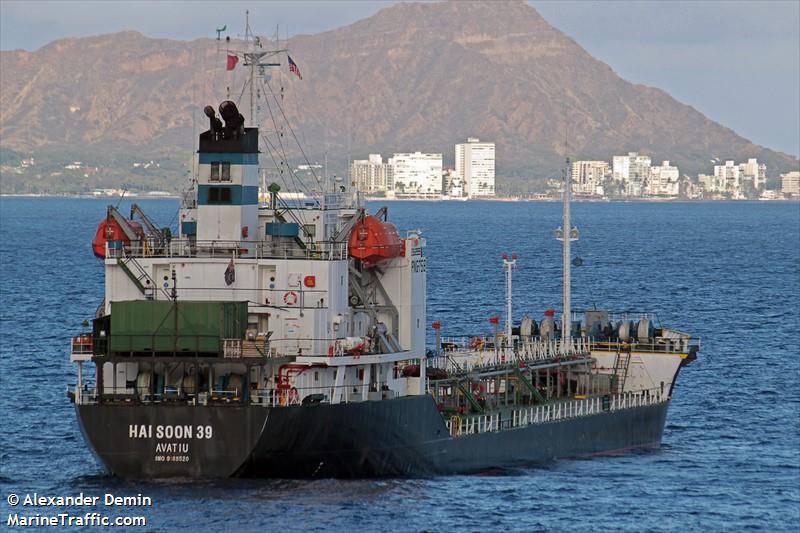 Officials are keeping a close watch on the nation’s borders as marine traffic picks up within the Cook Islands exclusive economic zone.

An increasing amount of merchant vessels and pleasure craft in Cook Islands waters have been recorded by local authorities recently.

An official with the Ministry of Marine Resources, which monitors marine traffic and in particular the activities of fishing vessels within the Cook Islands exclusive economic zone, told Cook Islands News about the increase in the number of non-fishing vessels seen recently in local waters.

The official acknowledged the issue is a particular area of interest with regards to maritime border security management and managing Covid-19 risks. The ministry has been providing information on the matter to relevant government agencies.

On Monday July 12, a Cook Islands-flagged cargo vessel named M.T Hai Soon 61 anchored off Rarotonga’s reef while awaiting to be restocked with food and water.

The vessel, which was running low on provisions, requested and was granted an exemption from existing Covid-19 maritime border regulations to enter Cook Islands territorial waters, which are the immediate areas surrounding each island within the EEZ.

Te Marae Ora Ministry of Health spokesperson Jaewynn McKay said: “These provisions were placed on pallets and transferred at sea, being hoisted aboard using the vessel’s crane.”

“There was no physical contact with any of the 19 crew on board.”

Upon departing from Rarotonga, the M.T Hai Soon 61 – which is described by website marinetraffic.com as an oil products tanker – set sail for Honolulu.

According to the government, the maritime border is closed to all vessels except those that have exemptions approved by the Ministry of Transport under section 6 of the Covid-19 (Maritime Border) Regulations 2021.

According to information requested from the Ministry of Transportation and the Ministry of Finance and Economic Management’s Customs office, despite closed borders “any craft may sail in transit across Cook Islands waters, but cannot land or anchor, nor can it come into contact with a Cook Islands domestic vessel or craft”.

To date, no permission has been given to any craft to allow crew or passengers to disembark in the Cook Islands since the maritime border was closed due to the pandemic, government said.

“A robust formal and informal information and communications network exists around the Cook Islands which provides Border Agencies with a good understanding of what craft are in Cook Islands waters at any one time,” the ministries said in a joint statement sent to Cook Islands News.

According to government, several craft with human or equipment emergencies have been granted border exemptions while resolving their issues.

“A very small number of craft transiting Cook Islands waters have also briefly stopped at Suwarrow due to issues they were having onboard; once rectified they continued on their way.”

These craft were monitored by National Environment Service rangers stationed on the island.

“All border facing agencies are working collaboratively to ensure that all craft moving across Cook Islands waters comply with our laws.”

In May, a yacht was granted approval to cross the maritime border and shelter just off the Arutanga passage in Aitutaki while awaiting repairs.

The yacht, named ‘Captain Nemo’, had earlier made a distress call to local authorities.

Earlier that month, authorities came to the aid of another vessel, the “SV Del Mar”.

“Whilst Cook Islands Maritime borders remain closed, under International law, countries are obligated to render assistance to vessels in distress,” the Ministry of Foreign Affairs and Immigration said in a statement at the time.

Between December 2020 and May 2021, Cook Islands authorities received six maritime requests for entry, which were all declined.