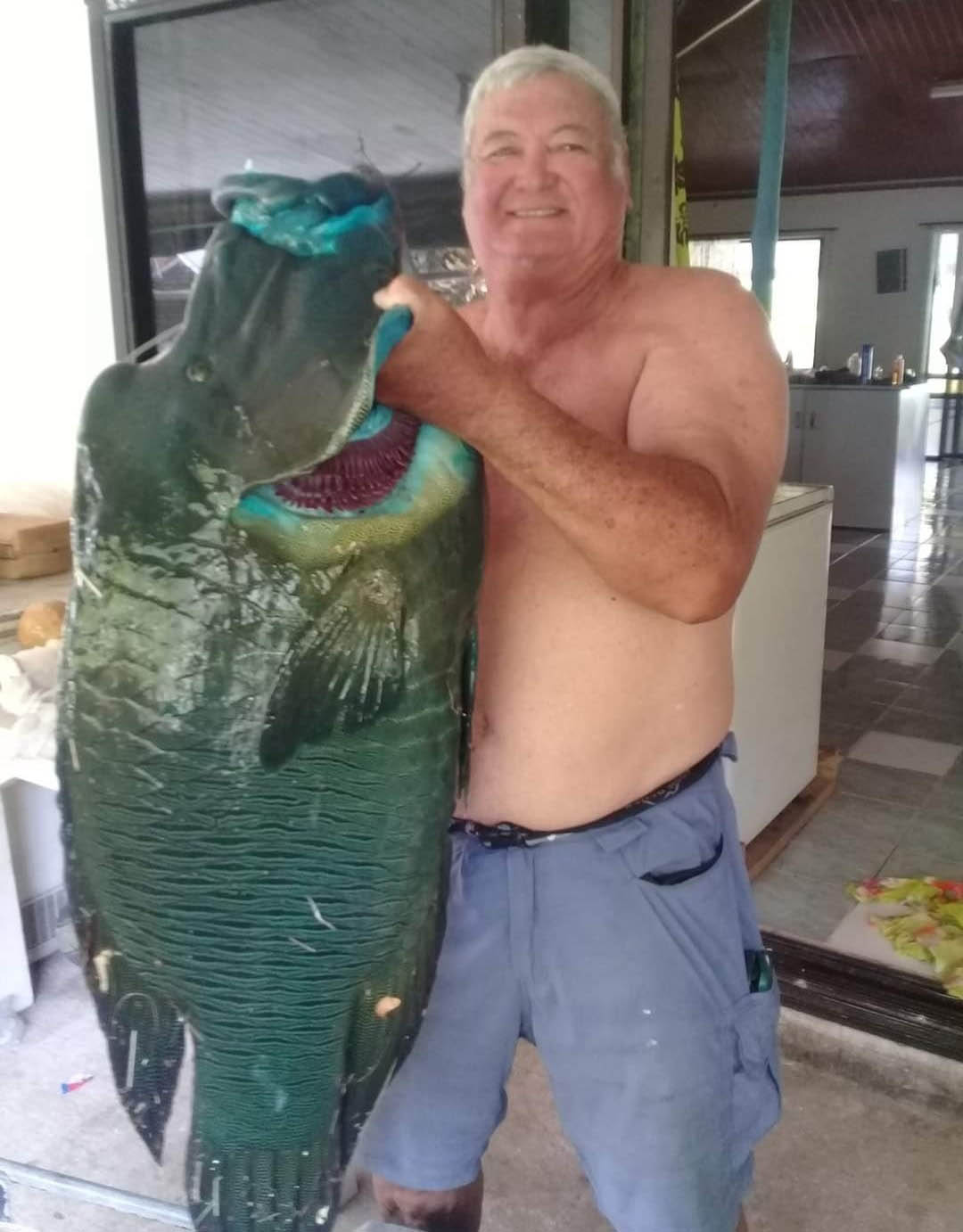 The fish, locally known as maratea, was caught last week in Tauhunu on the island of Manihiki.

“It was heavy and I could barely lift it,” he said.

The monster coral reef fish was caught by son Gabral Williams at the Avanui wharf, hooked using a handline with octopus meat as bait.

The species is one of the largest reef fishes in the world and is the largest member of the wrasse family.

The iconic fish is in serious decline worldwide, according to conservationists.