Top cop ‘will not debate policing in public arena’ 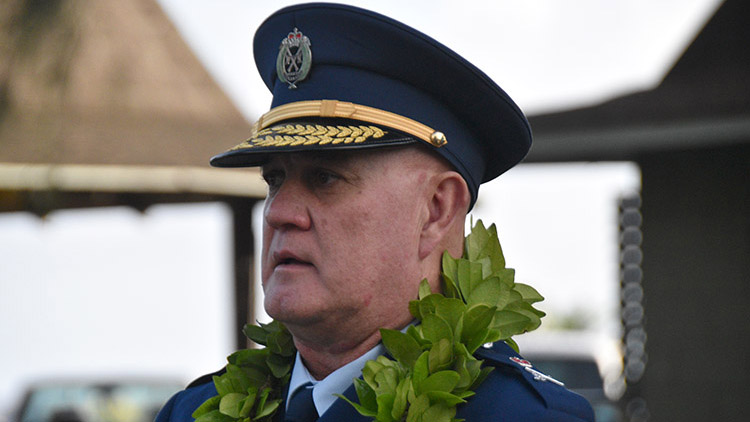 Rarotonga lawyer Short met with Commissioner Keenan to “make him aware of some of the difficulties we have experienced working with the police”.

The meeting took place after Short went public following a crackdown by police over the Christmas period, when a record number of motorists were hit with infringements.

He raised concerns after traffic infringements totalled 290 in December – a number that would normally be spread over six months or more – nearly 75 per cent of drivers fined were under the age of 40.

The most common minor offence – 76 per cent of the total number of fines was driving without a warrant of fitness (WOF). They were each given a $20 fine which had to be paid in seven days.

Short, in a written statement to Cook Islands News last week, said an unacceptable number of young people are ending up with convictions as a result of the process.

Nineteen people were called into court at Avarua for failure to pay a fine on Thursday last week.

During the meeting with Commissioner Keenan, Short said the police chief “advised that he is currently reviewing all areas of the police force to address and resolve these concerns”.

While police media spokesman Trevor Pitt has been largely silent about concerns around the ticketing, in January he said courts would not be clogged with people failing to pay fines if drivers “simply did what they’re supposed to” by keeping up their legal obligations.

On Monday, Pitt said there would not be any substantive response from police following Short’s claims.

“The Commissioner has had discussions with Mark Short on a number of issues but will not be debating those in the public arena,” Pitt said.

“In terms of unpaid fines, or convictions for minor offences, I can only point out that law enforcement is the core duty of police.

“The court process is a consequence of those duties.”

Pitt said laws and regulations were made by the executive branch of government.

“Unfairness is an issue for legislators.

“The diversion policy is very specific and is initiated by police under certain conditions and circumstances.

“Failure to pay a traffic fine is not one of them, this policy is modelled on the New Zealand one.”