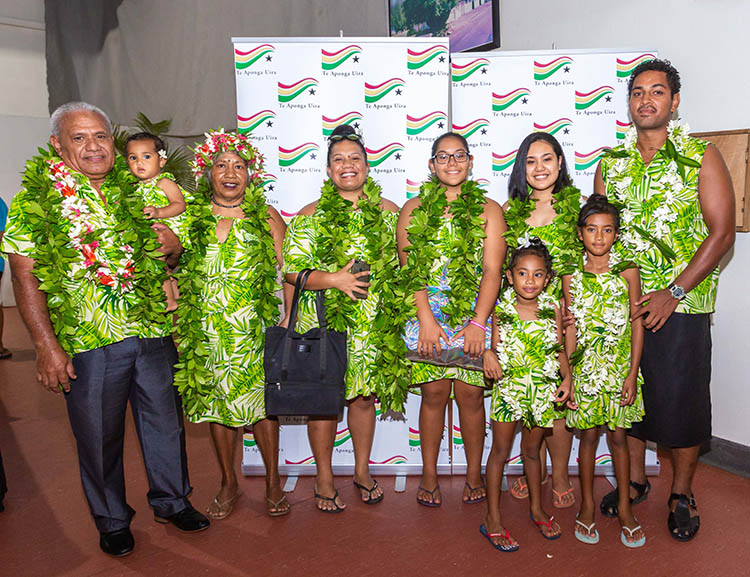 Apii Timoti with his family at the farewell function on Friday last week. TE APONGA UIRA/21030146

Apii Timoti, who served in the role for 20 years, along with his family and invited guests were hosted by the company’s board of directors and staff to an island night farewell celebration in Arorangi.

From humble beginnings, Timoti rose through the ranks as an employee to executive management, and in the process amassing 36 years of experience in the energy sector.

His journey began in 1984 as an engineer’s cadet (an apprentice) and three years later, he left Rarotonga on a scholarship to attend Papua New Guinea University. In 1987, he graduated with a Bachelor of Engineering (Electrical Engineering) degree.

Upon his return to Rarotonga, Timoti was employed by the Electrical Power Supply (EPS) now known as TAU, as an assistant engineer.

In 1992, he was awarded a scholarship to complete his post graduate degree at the University of Queensland, Australia. He graduated with Master of Engineering Science, in the field of Electrical and Electronic Engineering. He returned to Rarotonga in 1994 and was employed by the Ministry of Energy as the Outer Islands Power Director, and a year later assumed the joint role of Secretary of Energy and Electrical Engineer.

In 1998 Timoti re-joined the Rarotonga Power Authority and became the general manager operations and electrical engineer at Te Aponga Uira.

In January 2001, he was confirmed as the chief executive officer of TAU and since that time, has been instrumental in the transformation of the Rarotonga power system and supporting energy sector developments in the Pa Enua.

Deputy Prime Minister Robert Tapaitau, who addressed the celebration on behalf of the government, spoke of Timoti’s many achievements in his 36-year career, thanking him for all he has done for his country.

Timoti referred “the automation of the power station and the staff facilities set up to ensure the welfare of staff and their families” as one of his major highlights and achievements.

As a result of his leadership and close working relationship with successive boards, TAU has flourished during his time as the chief executive.

Encouraging staff to view the company as a long-term career path, Timoti has always encouraged further study and upskilling young Cook Islanders, including a young female who started at TAU in customer services then left to complete formal studies.

She returned in 2016 with a Bachelor of Engineering (Electrical) and continued to work at TAU as an assistant engineer and has recently being appointed as the acting chief engineer for TAU.

“Walking the talk” was how he modelled and led staff at The Box (Tumuora CrossFit) and with the team at The Might Samson (ZUU), advocating for healthier lifestyle choices and physical fitness.

Over the years, Timoti has been a leader in the region and made significant contributions to the Power Pacific Association (PPA), more recently in 2018 with the online launch of the PPA Gender Portal that aims to provide resources to encourage Association’s member utilities to increase their employment of women and to support policies and initiatives focused on broader workforce development.

Timoti has no immediate plans for retirement, with his recent appointment as the chief operating officer of Rarotonga water agency, To Tatou Vai Ltd.

“We wish him all the best with his new appointment at To Tatou Vai,” said TAU chairman Mata Nooroa. “The board of directors, management and staff all congratulate Apii and wish him every success in his future endeavours.”