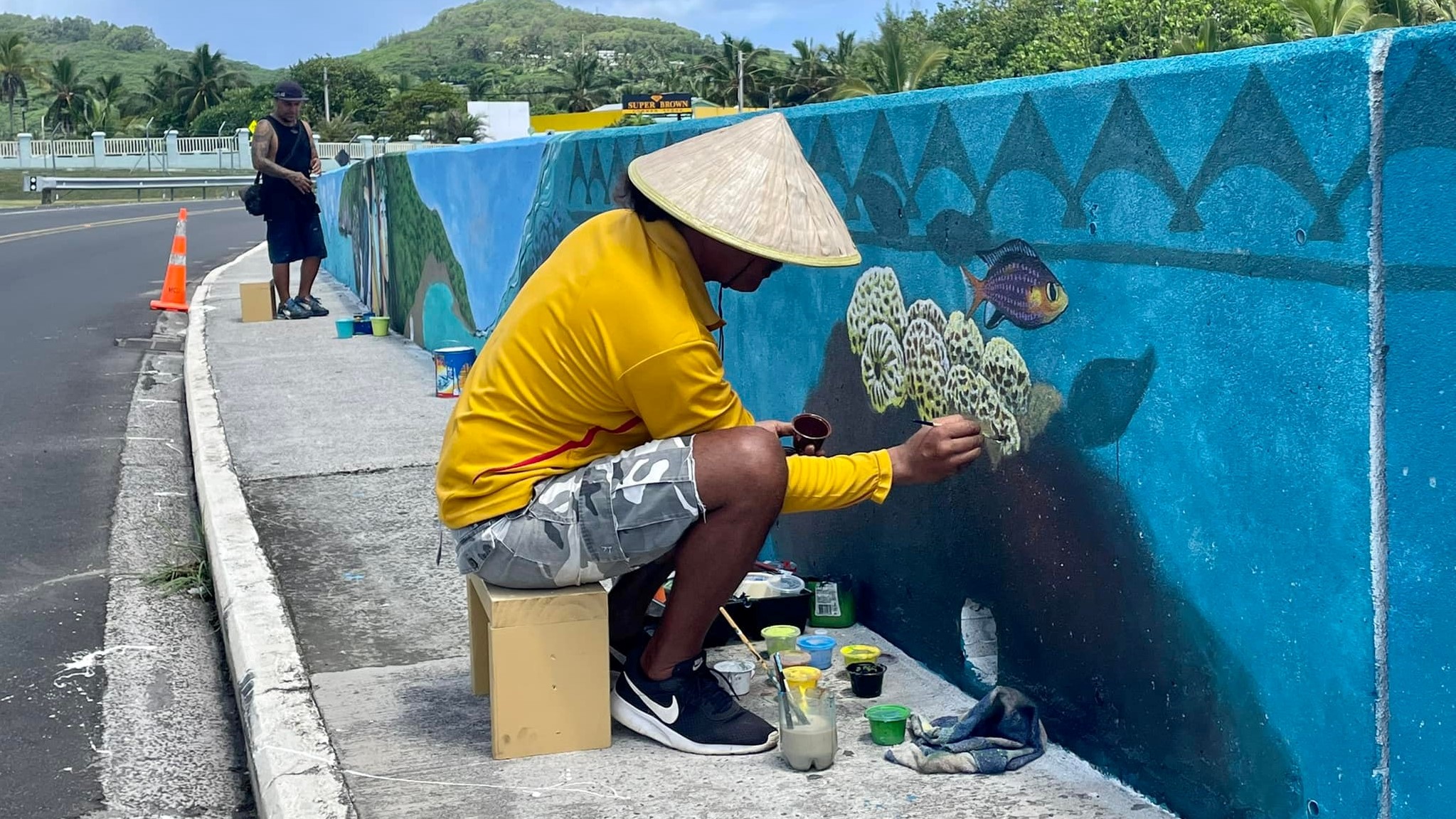 The team behind a massive sea wall mural in Rarotonga hope it will be complete within the next few months.

Work on the 560 metre sea wall mural in Nikao began about three weeks ago, after several months of consultation and preparation.

Marae Moana founder Kevin Iro said he had been pleased with the progress so far, which has largely been undertaken by Rarotonga-based Mexican artist Gonzalo Aldana and local artist Katu Teiti.

“We want this mural, which will be the largest of its kind in the South Pacific, to tell the story of the Cook Islands’ 15 islands,” Iro said.

“We’re hoping it will be an educational experience.”

Iro said it had been a long process to get approval for the mural, but the work was a collaboration between multiple agencies, including the Cook Islands Government, and environmental advocacy group Seacology.

The proposal was also supported by Cook Islands Investment Corporation (CIIC) board members and Cabinet. Cultural Development Minister George Angene will be the focal point for the work at the seawall.

“The main challenge so far has been the heat,” Iro said. “But the pieces are really coming together.”

Iro said he expected the mural to become a tourist attraction once it was complete.

“It will replace the grey, drab wall and replace it with something exciting,” he said.

“I feel we’ve made all the right decisions on this. It should be complete within the next few months.”