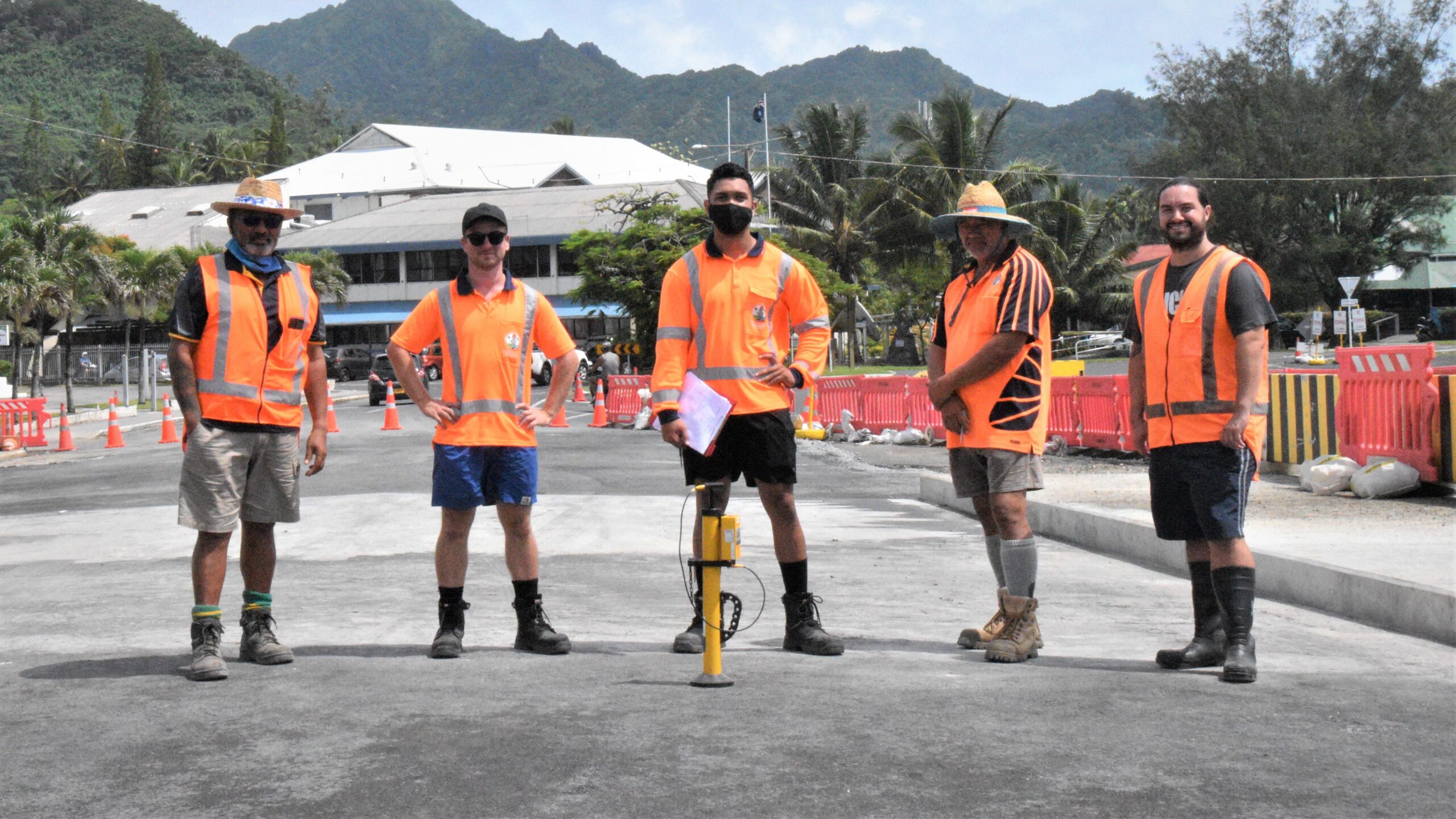 Final tests to ensure the join between the new Empire Bridge and the road leading up to it is strong enough before its seal have been conducted by engineers.

Infrastructure Cook Islands (ICI) Senior Engineer, Jake Langdon said tests at the bridge on Tuesday involved testing the compaction to see how well the contractors had sealed and compacted in the various aggregates and cement before it was sealed over.

The road seal is planned to get underway before the weekend when it is expected there will be a change in the road layout for motorists.

In a public notice, constructors of the bridge Landholdings and ICI have advised road users that traffic will revert back to the original layout for traffic to run over the new Empire Bridge which will take place this weekend.

Motorists are asked to take note of the speed restrictions, road signage and to drive carefully.

Construction of the $5 million replacement bridge got underway in August 2021 and is scheduled to be completed by May.

The original Empire Bridge was constructed in the 1920s by the Government of New Zealand, since then, only the bridge deck was replaced by the Ministry of Works in the 1980s.

Minor remedial works were carried out underneath the bridge in 2018, but no major maintenance works had taken place since its construction.