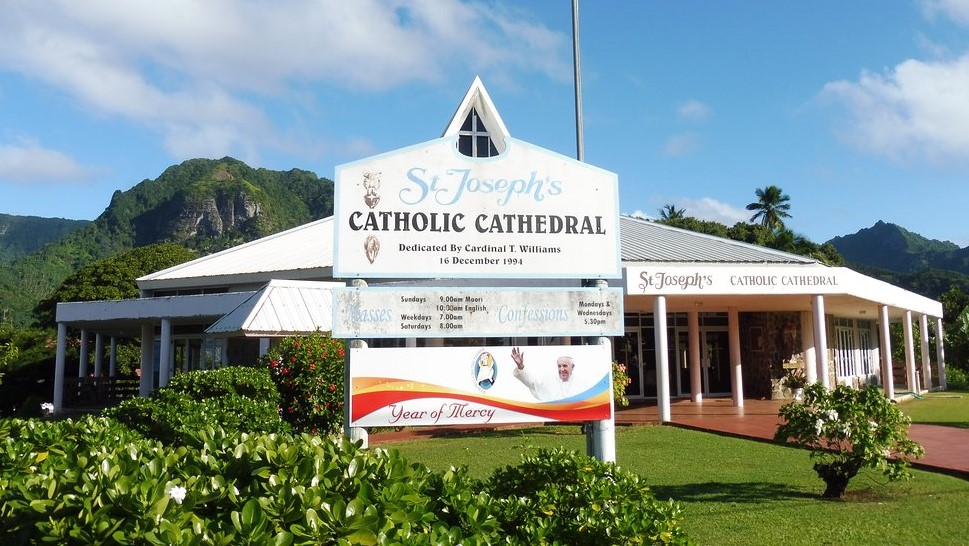 A number of people have attended the Ukraine prayer meeting on Sunday evening, with one of the organisers Jakub Postrzygacz saying the event “was amazing”.

Postrzygacz said around 70 people attended which included traditional leaders, government members and people from a range of churches.

The event was held at St Joseph’s Cathedral at Avarua.

The prayer meeting was limited to 100 people due to Covid-19 restrictions.

“With the way Covid is spreading on the island getting stuff like this organised is getting harder and harder because everyone is concerned if they can come or not come and so on.”

“We’re going to hold back transferring the funds until the next week, we’re hoping to get a few more donations,” he said.

“To be perfectly honest I’m a bit disappointed with some people that are all active on social media but you never hear from them when it comes to actually making a donation or doing actually something to the cause.”

Postrzygacz, who is based in Rarotonga, originally lived an hour away from Ukraine’s border in Poland.

Since the war began over a week ago, more than one million refugees fled Ukraine into neighbouring countries. Over 750,000 found safe haven in Poland and many stayed in Jakub’s and his partner Adrianna’s hometown.

Postrzygacz said he thinks the war will only end from the sanctions imposed.

“I think it’s going to come down to Russians crumbling under the hardships of the sanctions and effectively forcing the government to yield.”

He said the sanctions were forced by public opinion who have swayed corporations.

“The actual public voice is actually aware that this is a war against the core values of western society... that’s why they’re prepared to have sanctions.”

He said the risk was if public opinion gets used to the war then the sanctions will not get enforced hard enough.